Lang/Baumann
Curated by: 40mcube
Produced by: 40mcube, Phakt – Centre Culturel Colombier
In partnership with: Identic, Signature
With the support of: City of Rennes, PROCIREP - society of producers and ANGOA
Espace public

Lang/Baumann ’s work can be found in exhibition spaces but also in public spaces, on buildings and in the city which receive their interventions. Their pieces, blending in perfectly with urban and rural spaces, subtly compromise with the established norms and codes. The artists add growths to buildings such as inaccessible staircases or invasive inflatable structures, they occupy unexploited spaces like the arches of a bridge or roofs on which they opened their Hotel Everland, and paint entire roads. Those striking artworks create new landscapes and offer original perspectives on our cities.

The series Street Painting are paintings with geometrical shapes and bright colours directly laid on the asphalt of streets and roads. Until now, six of those paintings have been realised in rural areas, none in France. 40mcube, in line with its presentations of artworks in the public space, invites Lang & Baumann to produce a new painting in a street of Rennes’ city centre. In cities where the use of colours is normed, Lang/Baumann blow up the codes and offer for a year a colourful, poetical and utopic extension of the public space.

Lang/Baumann is represented by the Loevenbruck gallery (Paris) and Urs Meile (Beijing).

Lang/Baumann, Street Painting #7, 2013, road painting, 59 × 3,7 m. Produced by40mcube / PHAKT, in partnership with Signature and Identic and with the support of the city of Rennes and Pro Helvetia, Swiss Foundation for culture. Courtesy Loevenbruck gallery and Urs Meile gallery. Photo: L/B. 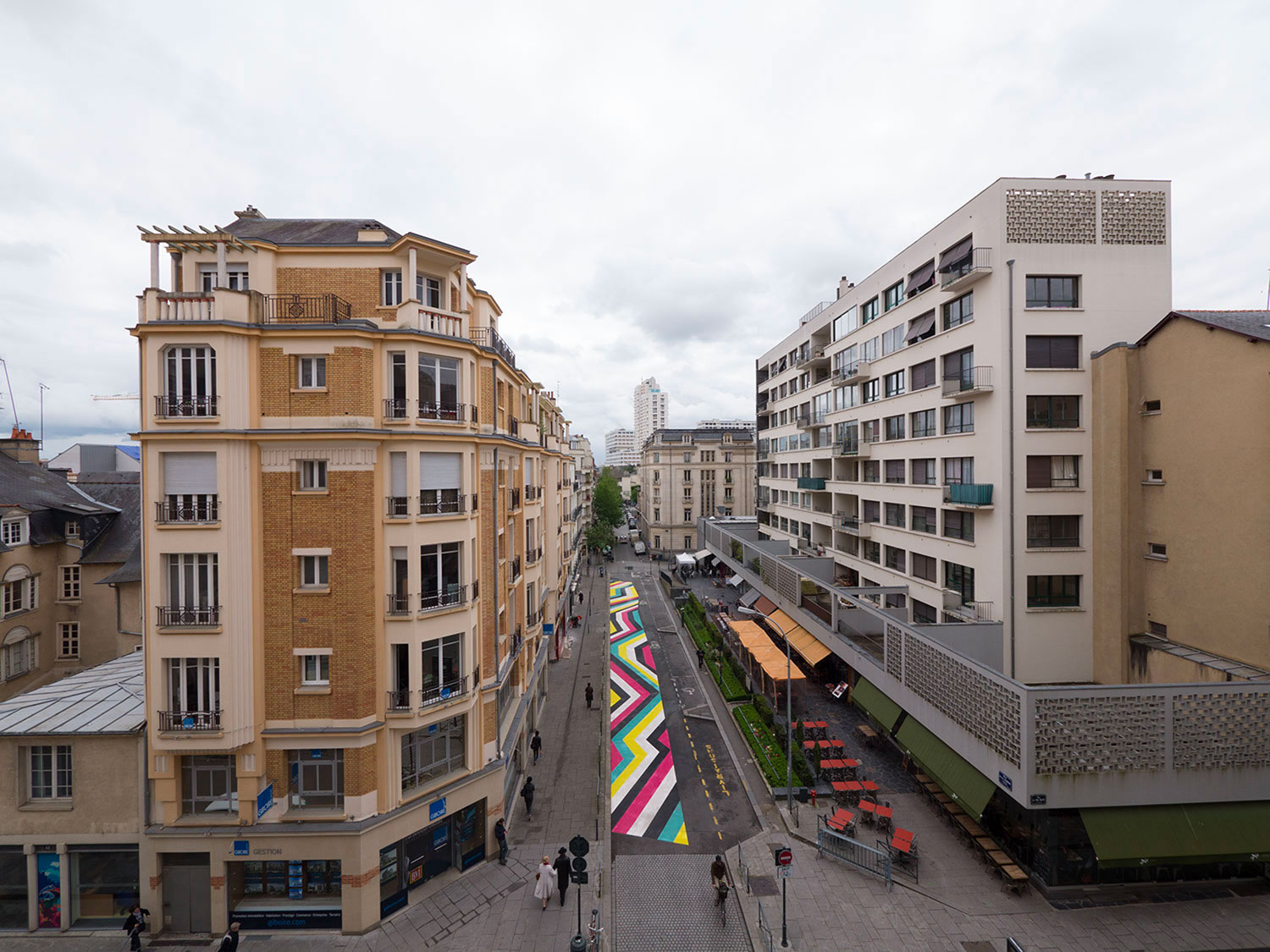 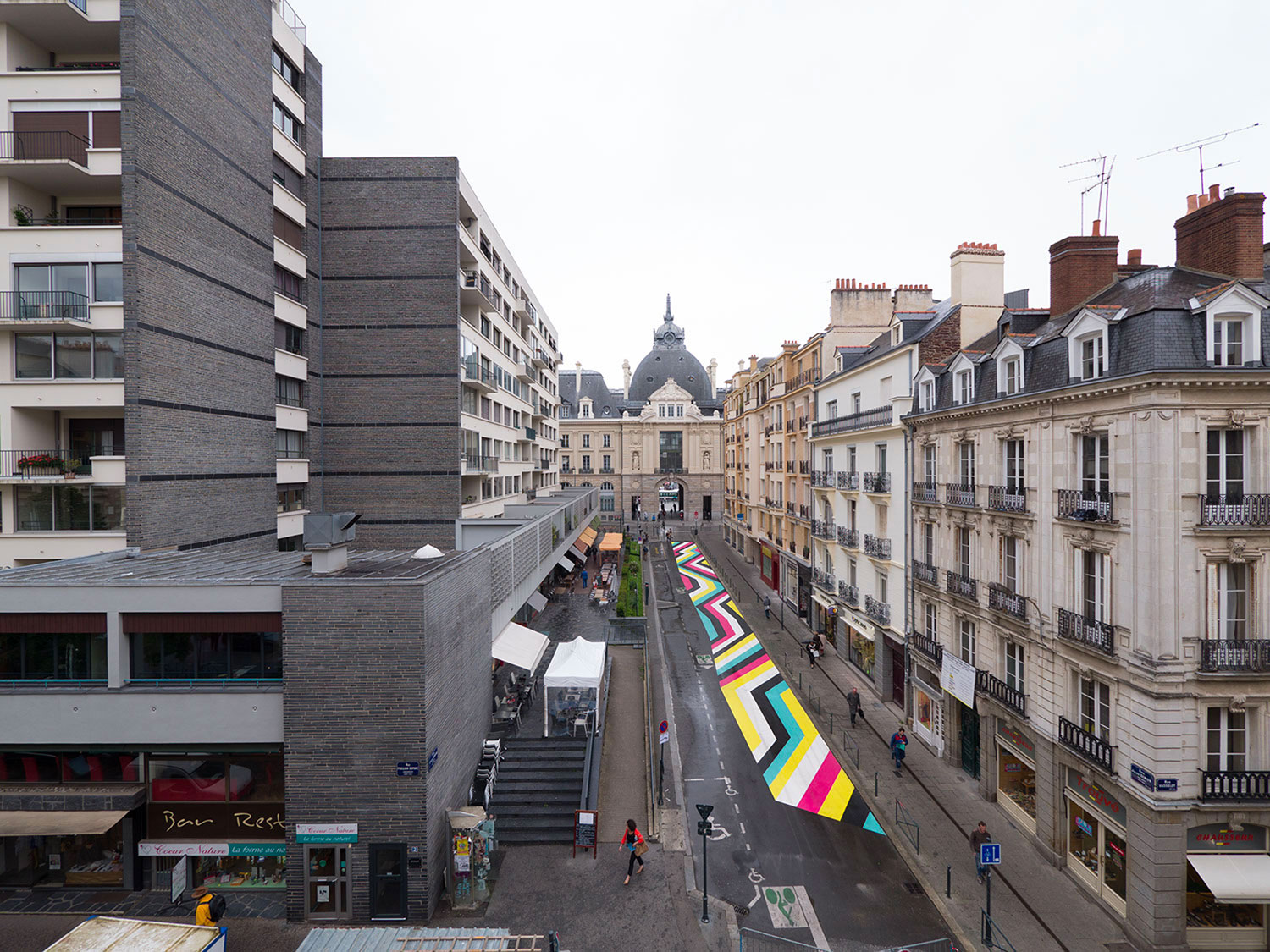 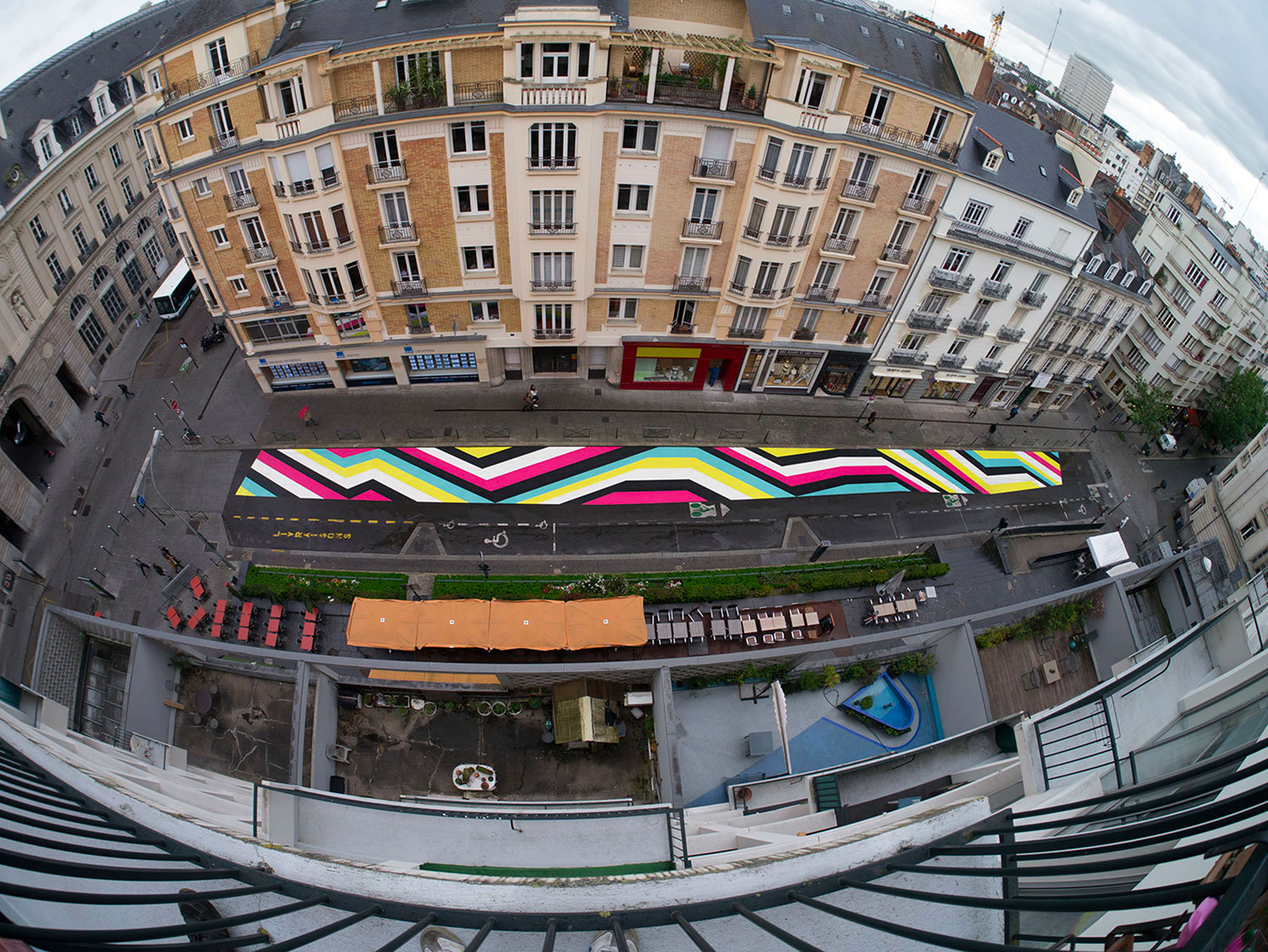