Nicolas Boone is an artist who writes screenplays, organizes the sequences of these screenplays and directs the shoots…without filming them. Or rather it is an outside camera that films, creating a ‘making-of’ of the whole process.

These shoots become performances in themselves, necessitating the involvement of actors, and the public is invited to participate. Beginning recently the artist has integrated a camera into these shoots; he then edits the images and makes a montage showing the making-of as well as the actors, unveiling the magic of cinema.

In conjunction with this project, Nicholas Boone studies film discourse and cinematography in the press which he parodies and makes his own. He writes articles from France Soir that talks about his films and records a soundtrack of radio show excerpts performed by actors.

In this same vein, Nicholas Boone invents the idea in Rennes of conferencing about one’s work. He turns this into a new work of art using cinematic elements, shooting and recording sound for promotional value and for cinematic critique.

The conference takes place at the the Ecole des Beaux-arts in Rennes. 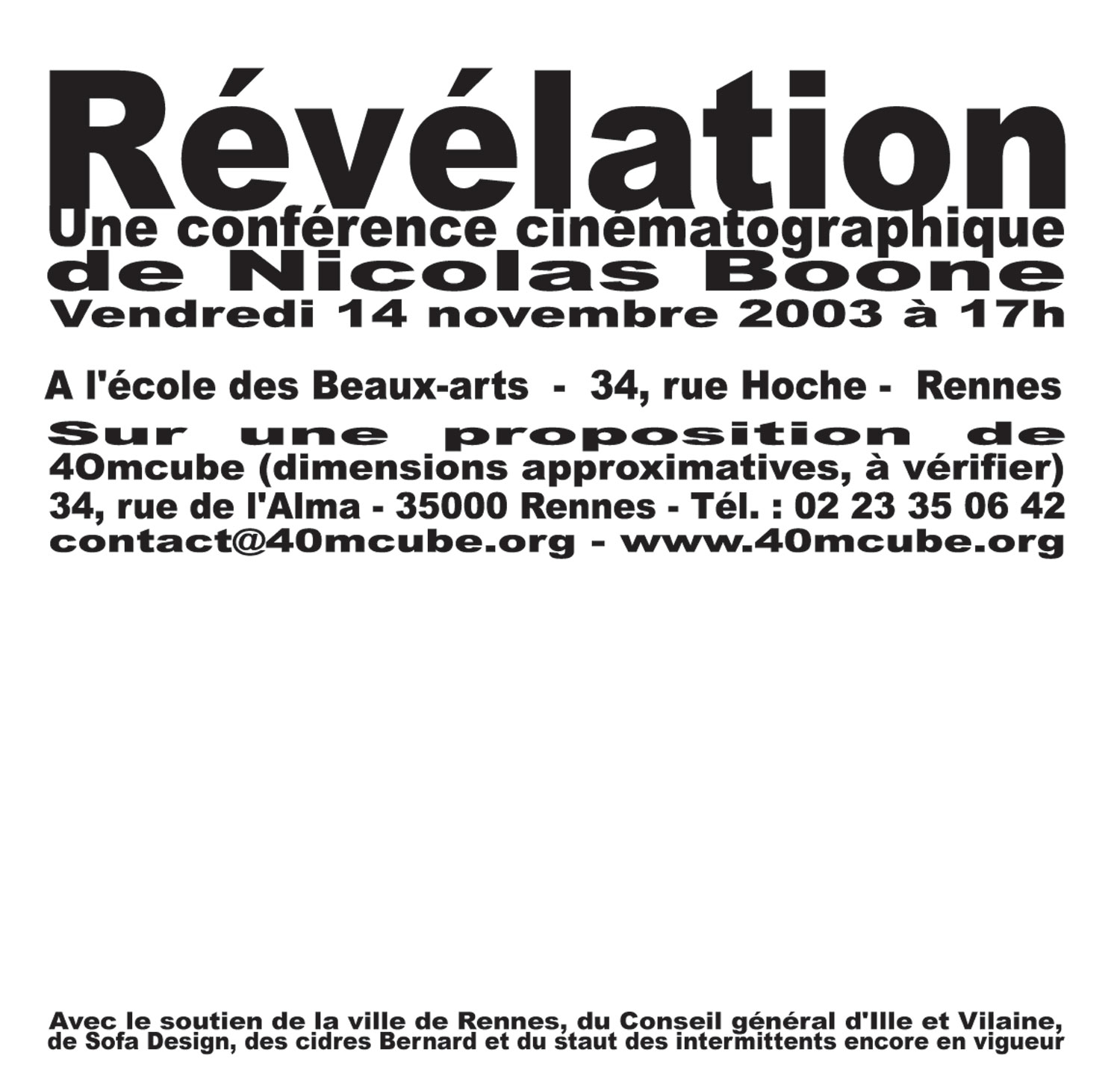