In their works, the artists create installations composed of manufactured or recovered volumes, videos, sounds, editions, drawings, collected images. These constructions are conceived as environments with a domestic connotation inviting to sit, watch and listen. These constructions of common materials, however, offer precarious comfort and constitute real stagings of the artists’work and creation space.

For the exhibition Que faire aujourd’hui ?, Corentine Le Pivert & Nicolas Gérot build a semblance of habitat from poor materials and everyday objects. The structures created by the artists are in turn containing and contained, and fit into each other like nesting Russian dolls, blurring the boundaries between the work and its context. The small objects staged by the duo evoke as much the comfort of a home as the dreams of the great outdoors. The exhibition becomes an opportunity for everyone to imagine a story. 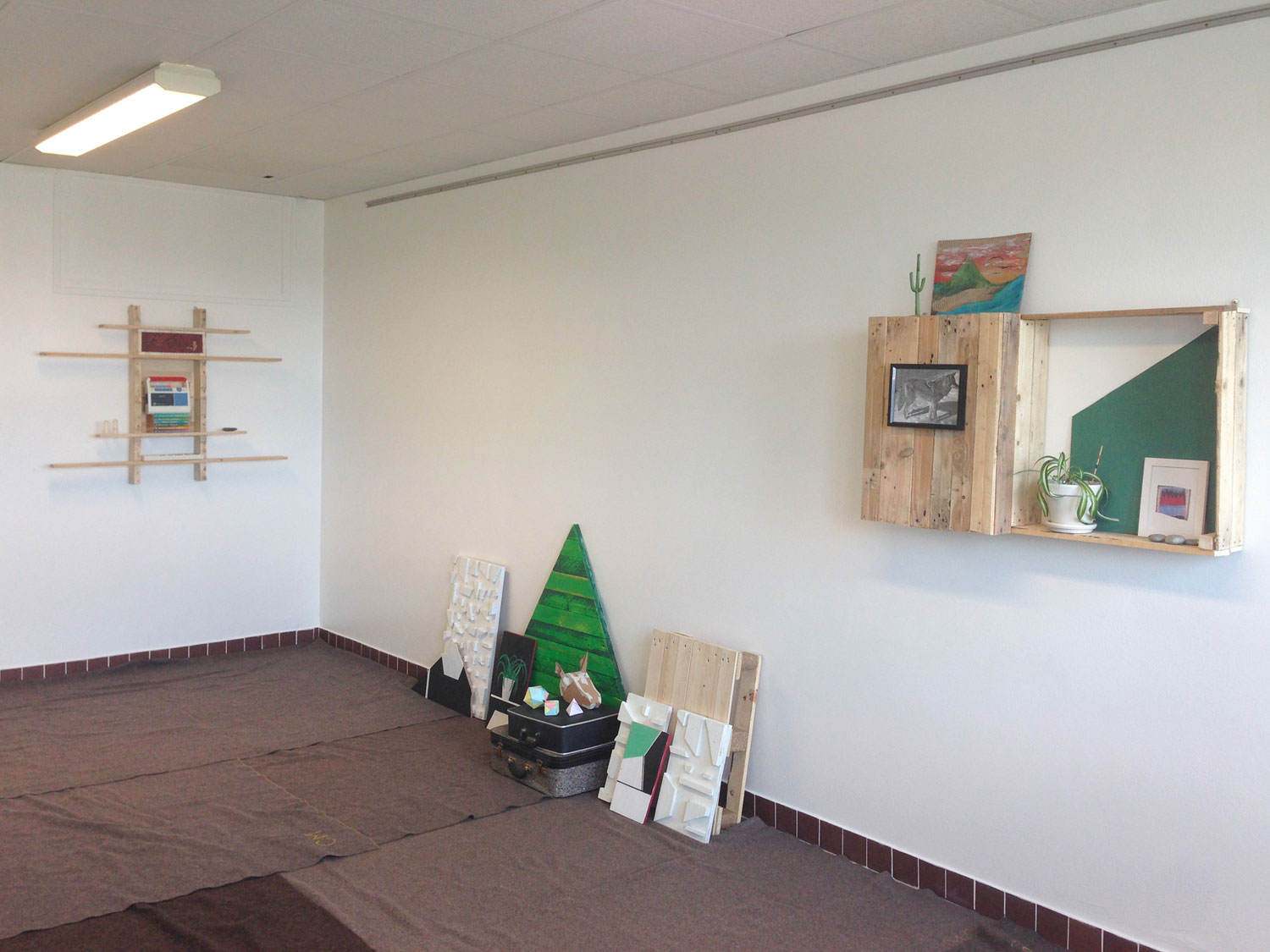 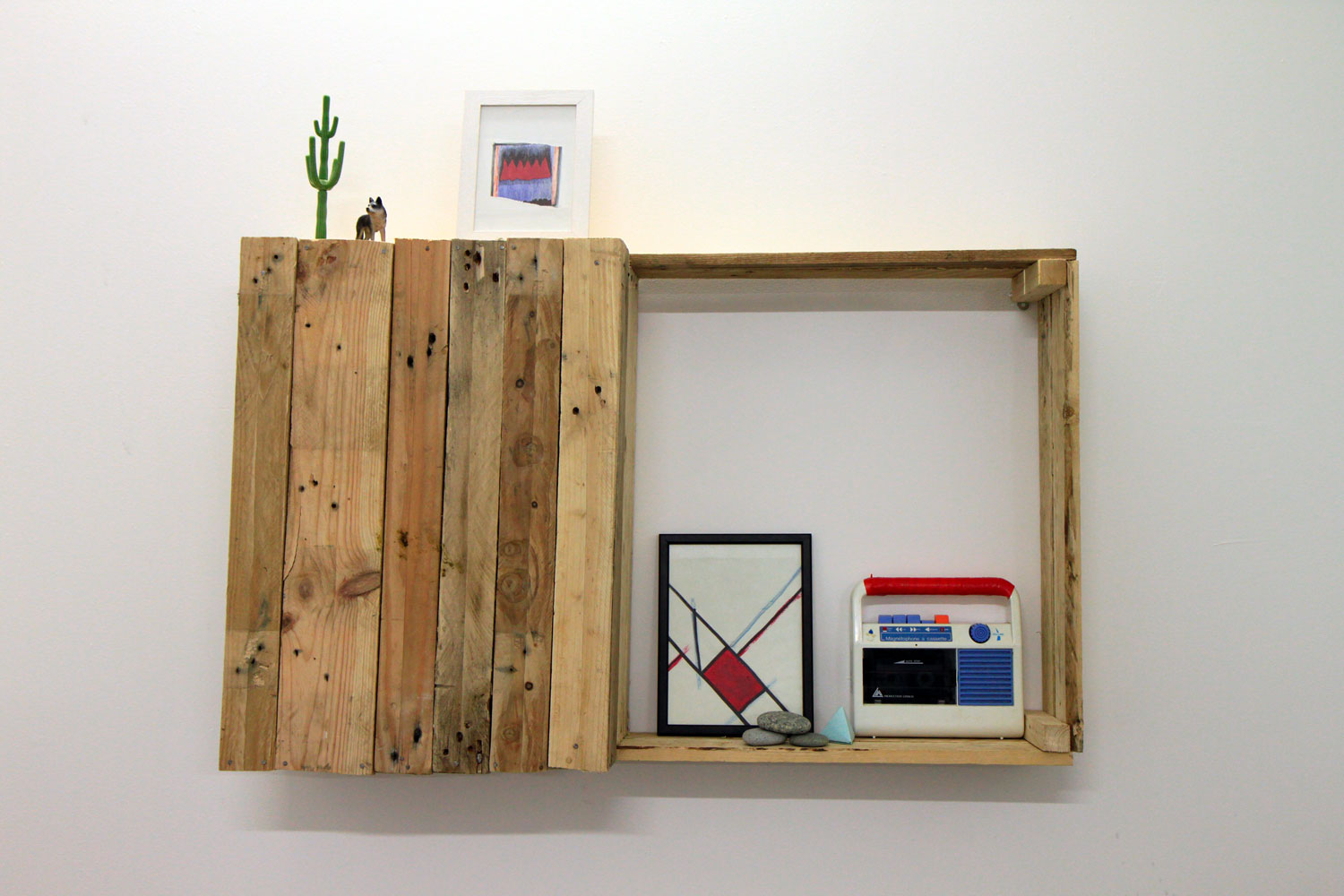 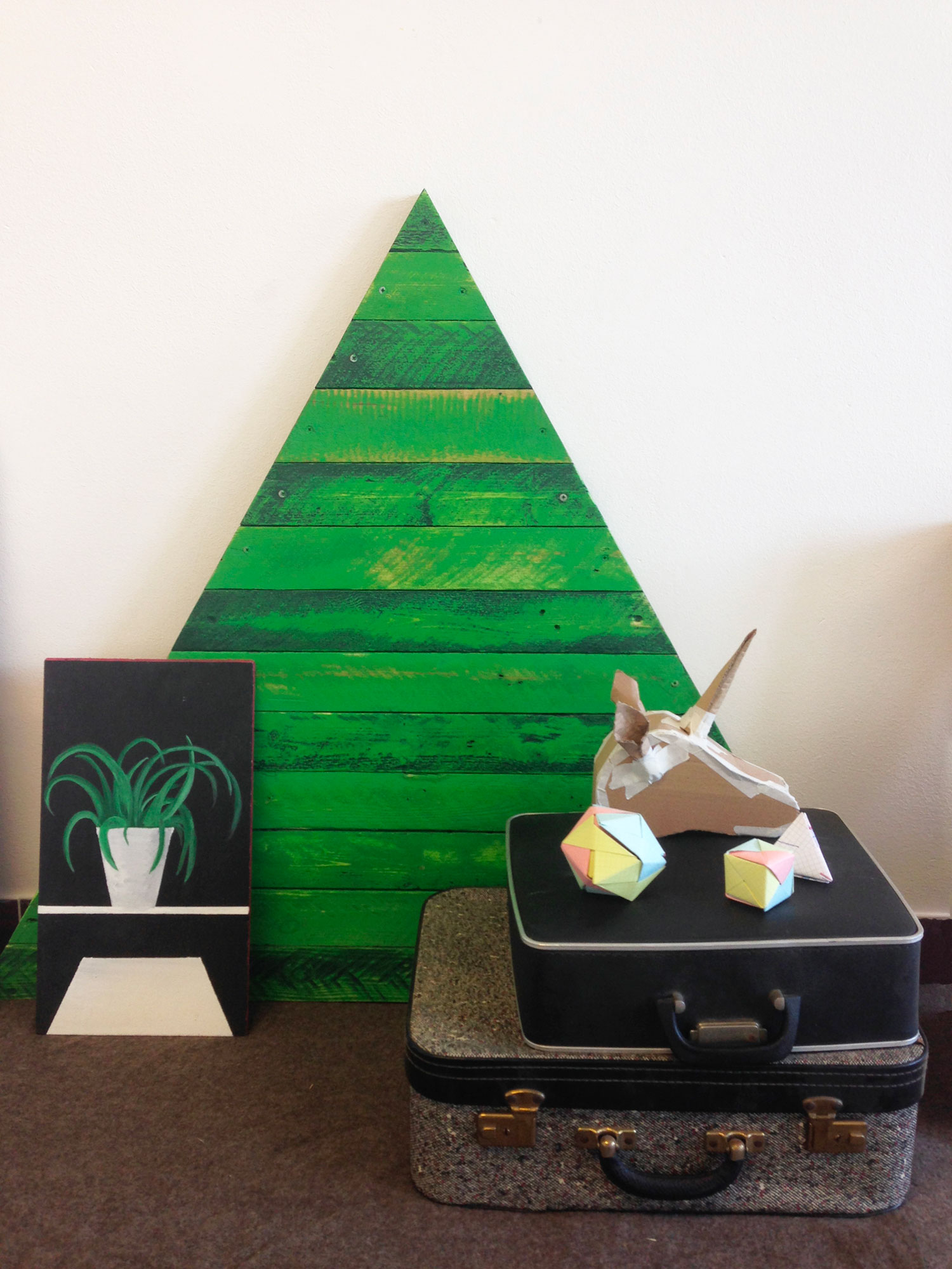