Early 2018, 40mcube gets back in its exhibition space in Rennes city center, after three years of construction work. Entirely renovated by the city of Rennes, the building gathers an exhibition space, a production studio and offices. For its inaugural exhibition, 40mcube presents the work of the duo We Are The Painters.

Since its creation in 2001, 40mcube has temporarily occupied in Rennes different buildings awaiting urban transformation. The first place, which was used between 2001 and 2006 and gave its name to 40mcube, was an old shop. 40mcube – Le Château (2006-2008) was a mansion used as an exhibition space. The ZAC 40mcube (2007-2008) was a vast hangar. Before its renovation, the current building was an industrial workshop. In 2016, 40mcube also created the HubHug in the city of Liffré, near Rennes. It consists of a studio for art production, artist-in-residence program, and a sculpture park on a 20 000 m2 plot.

From 2015 to 2017, the city of Rennes carried out a major renovation program for 40mcube ’s exhibition space. New offices are also built. During these three years, 40mcube has developed the Outsite programming, with exhibitions co-curated with various public and private partners and presented in several places in France : Hans Op de Beeck at the Champs Libres (Rennes), Claudia Comte at the Art & Essai gallery (Rennes), Maude Maris at the Rennes Museum of Fine Arts, Laurence De Leersnyder in the public space (Thabor Park, Rennes), Aurélie Ferruel & Florentine Guédon at the 104 (Paris), and many others.

In 2018, the exhibition space, production studio and offices at 48, avenue Sergent Maginot will reopen after three years of construction works. The new building was realized by Desaleux Soares Architecte and the renovation of the old site by Thomas Pedriel, architect of the City of Rennes. 40mcube is from now on permanently installed in the heart of the city, and presents a new programming.

For the inaugural exhibition, 40mcube invites the duo We Are The Painters, who realize a whole new exhibition related to their project Paint for Ulma. 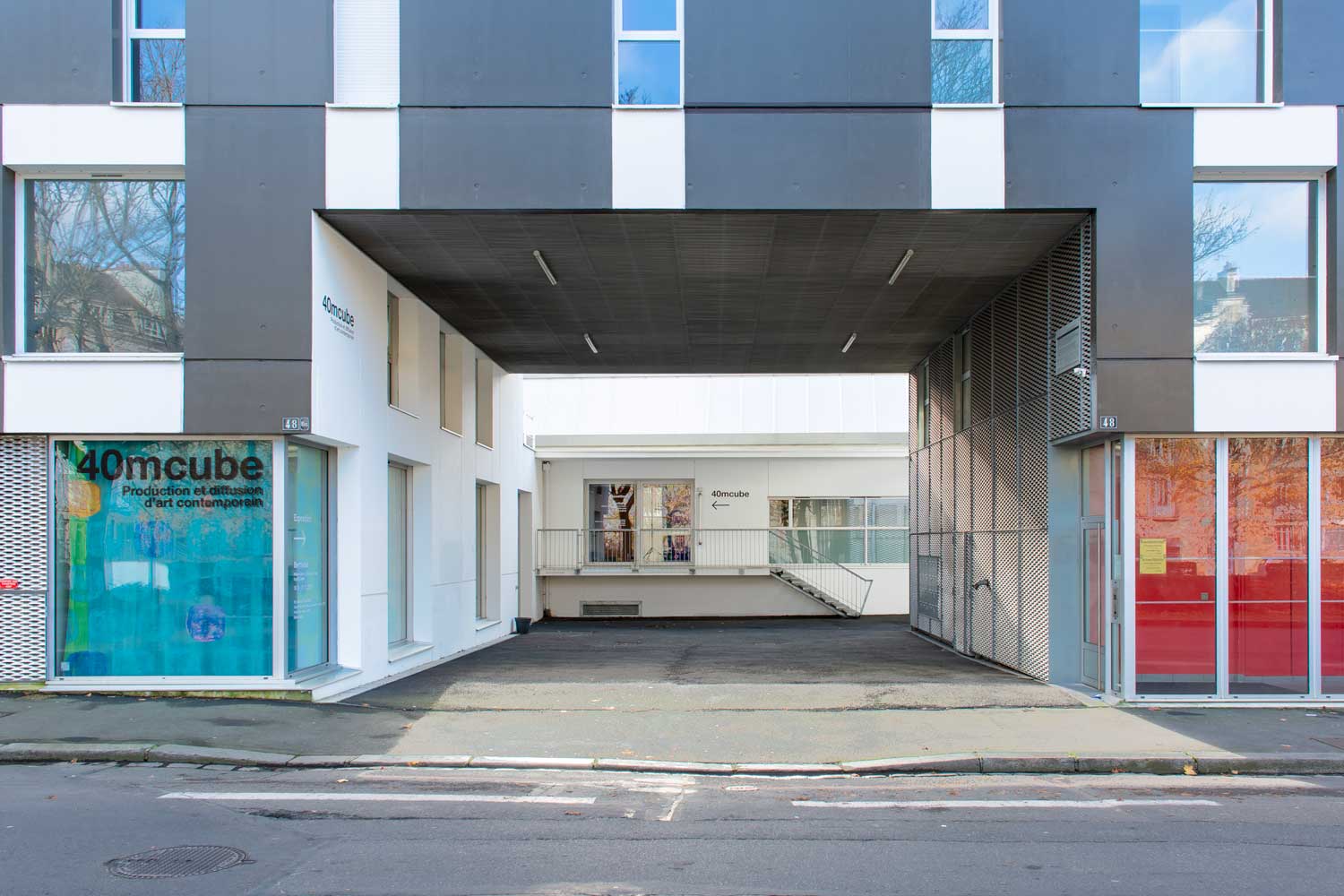