This exhibition is part of La Permanence, an event conceived and coproduced par the CNAP and the Musée de la danse

The exhibition Quand les formes sont attitudes gathers works whose manufacturing process can be likened to performance, while creating a permanent form. Those forms are linked to an attitude, in the broad sense of the word : an action, a process, or even an ideology. In this exhibition, the process induced by the realization of the works questions the rite or ritual, whether they are real, acted or fantasized, public or private. It also shows the performance from an unusual point of view : what endures as a work after its ephemeral realization ?

Many artists use mediums such as video, photography, but also painting or sculpture, to record an action and make it last. Lili Reynaud-Dewar ’s sculptures are both the place and the setting of the performance, and also autonomous works that exist in a dual temporality and can be perceived in many different ways.

If we switch this idea, some works need an action to be created. Jimmie Durham ’s Almost Spontaneous is a series of painting on plywood made by throwing a stone in a bucket full of paint placed nearby. The photographic series Effet Cocktail by Emmanuelle Lainé shows sculptures and installations made by the artist in her studio. They are purposely staged by Lainé and then photographed by André Morin, an exhibition photographer. Trashed Black Box , by Steven Parrino, is an 8 feet cube made of sheetrock with the framework on the outside and painted with gloss black enamel paint on the inside. It is then destroyed with a sledge hammer.

Quand les formes sont attitudes approaches the concept of process which can sometimes be close to the one of rite or ritual. This appears in the whole exhibition, and it even goes further in Durham ’s and Reynaud-Dewar ’s works. They both are interested in cultural alterity. Lili Reynaud-Dewar ’s installation is made of four elements : a set of objects brought back from Madagascar and presented on a table ; a video in which two women remove the packing of another copy of the very same objects and then burn those objects as if it was a sacrifice ; a letter written by the artist in which she talks about her feelings during her journey in Madagascar ; and two costumes (those that the two women wear in the video) hung on the wall.

The title of the exhibition refers to When Attitudes Become Forms , about which Harald Szeemann wrote : « Never before has the inner bearing of an artist been turned so directly into a work of art. Naturally enough it has always been the same. Mondrian and Pollock gave form to their inner bearing, but always in terms of the finished product, the autonomous object. The artists represented in this present exhibition are in no way object-makers. On the contrary, they aspire to freedom from the object, and in this way deepen the levels of meaning of the object, reveal the meaning of those levels beyond the object. They want the artistic process itself to remain visible in the end product and in the exhibition »*.

Quand les formes sont attitudes proposes another way to understand these two words often opposed, form and attitude. The exhibition gathers forms whose starting point is an attitude and that are conceived to remain permanent. 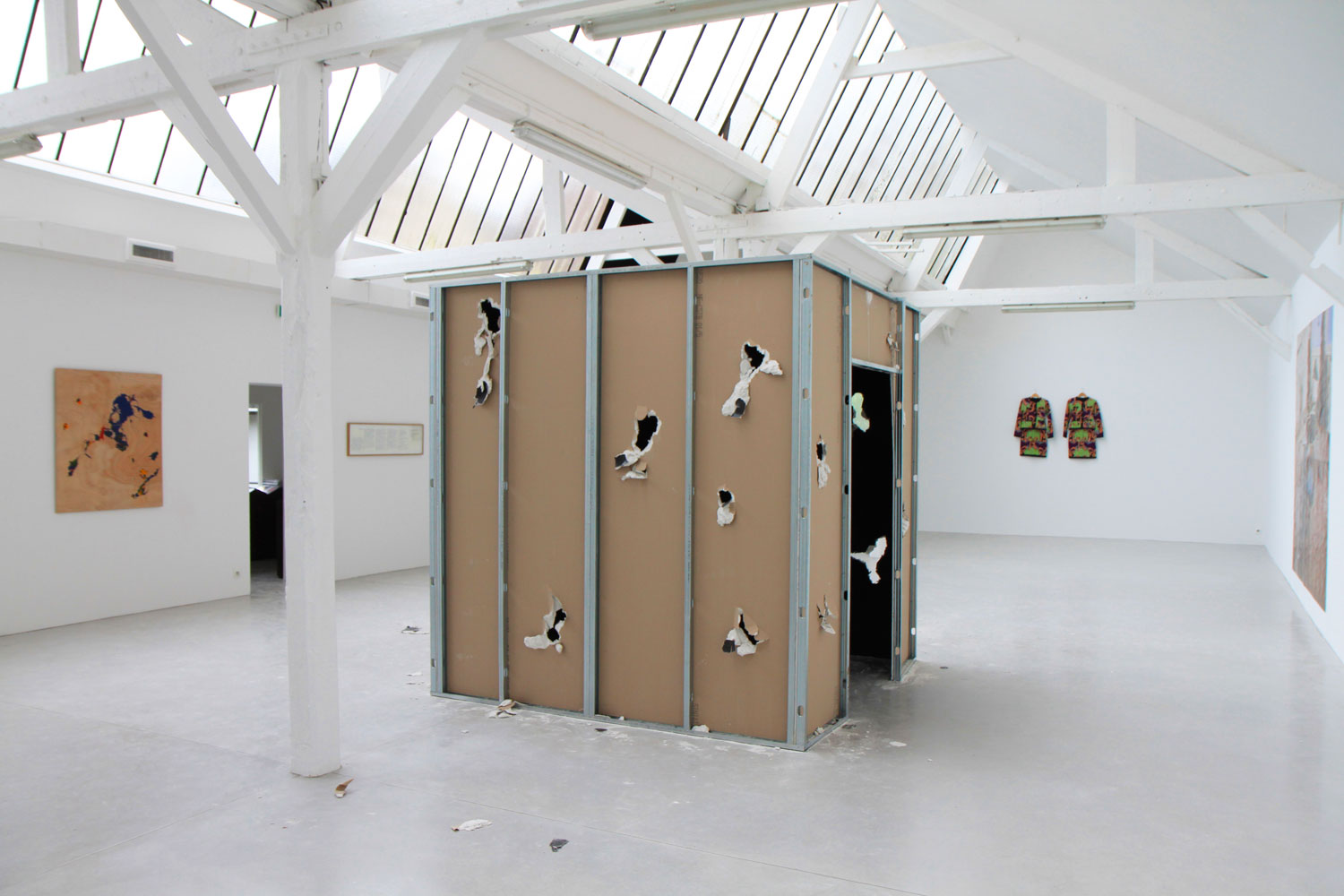 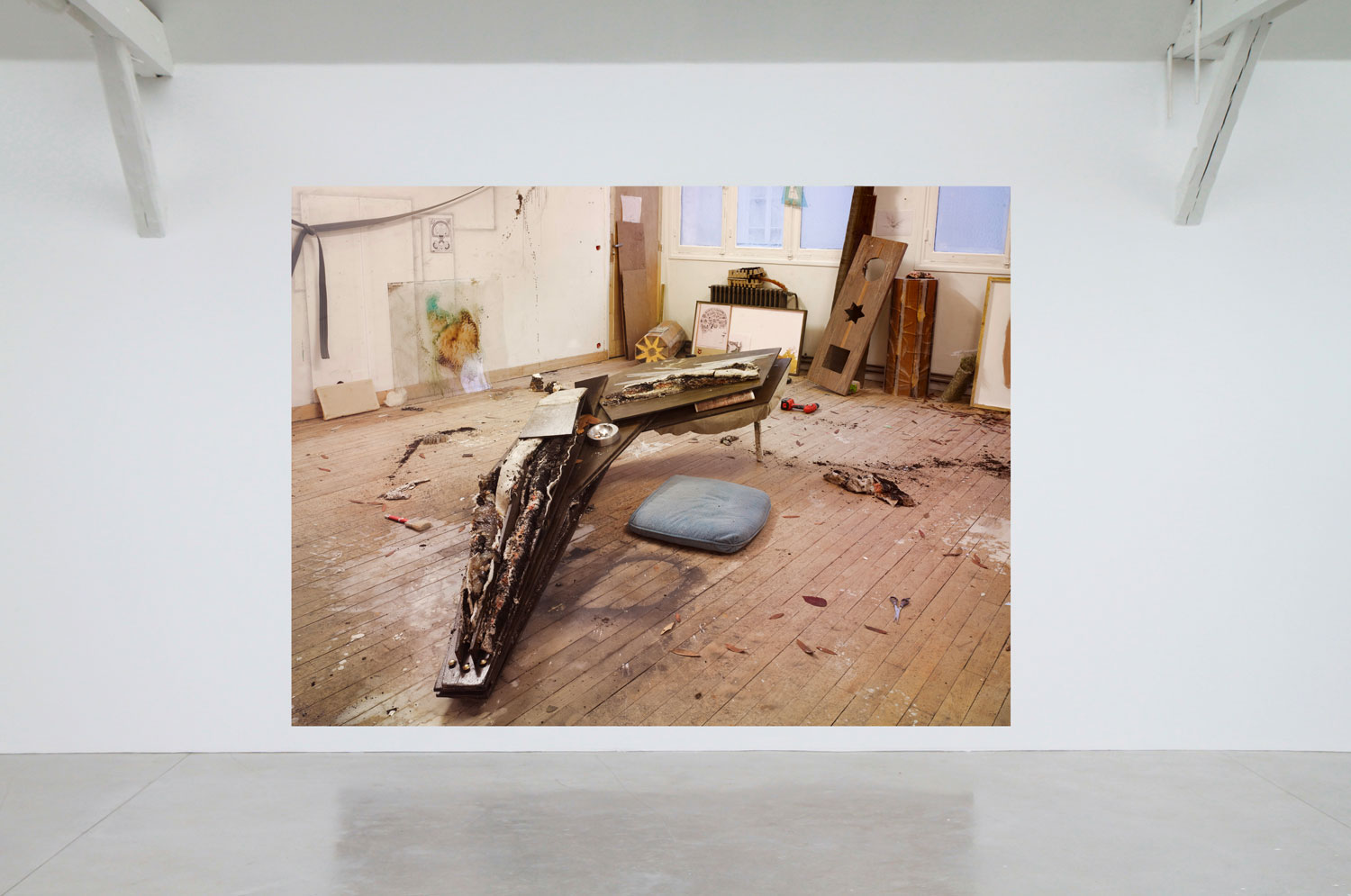 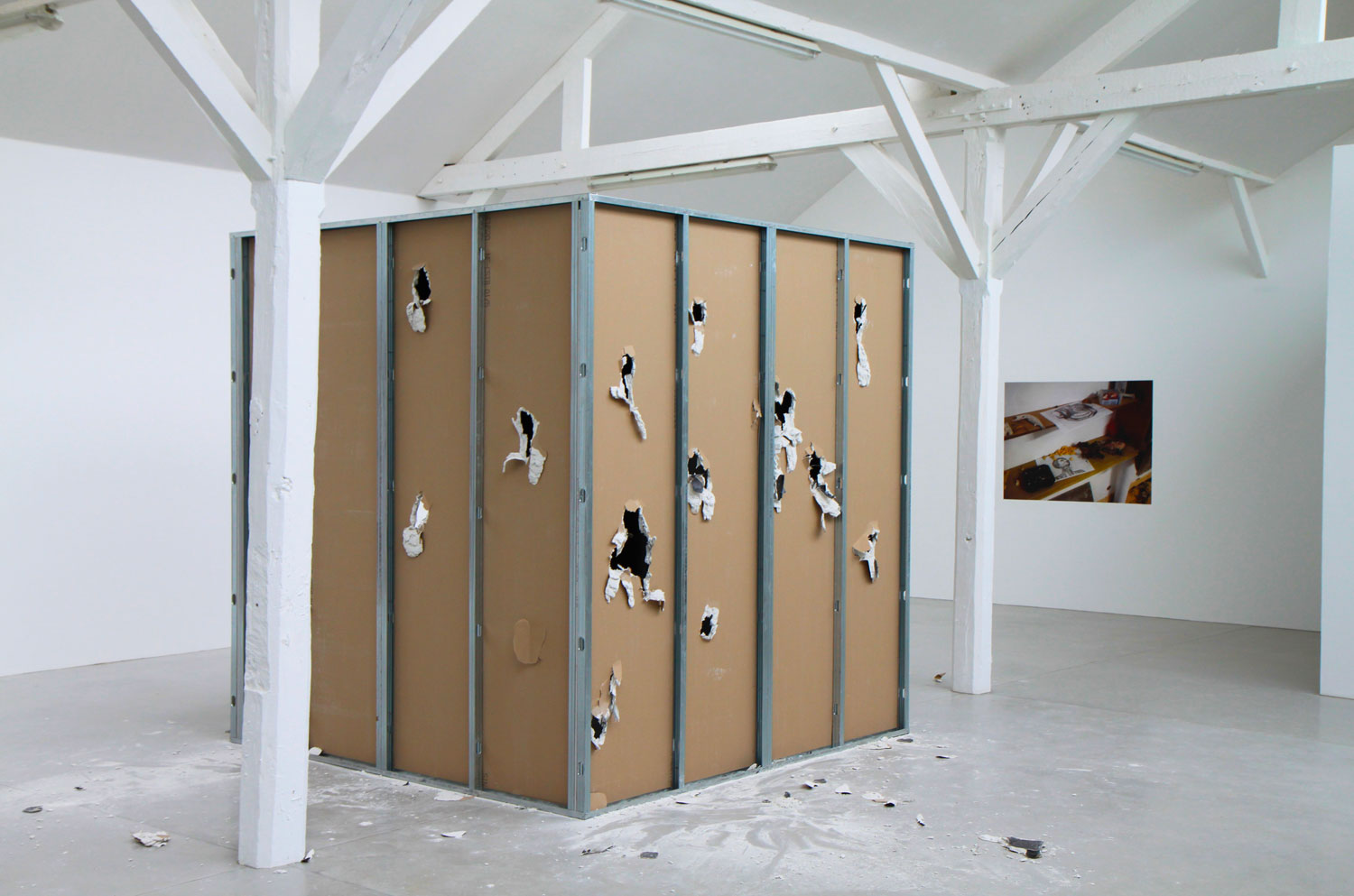 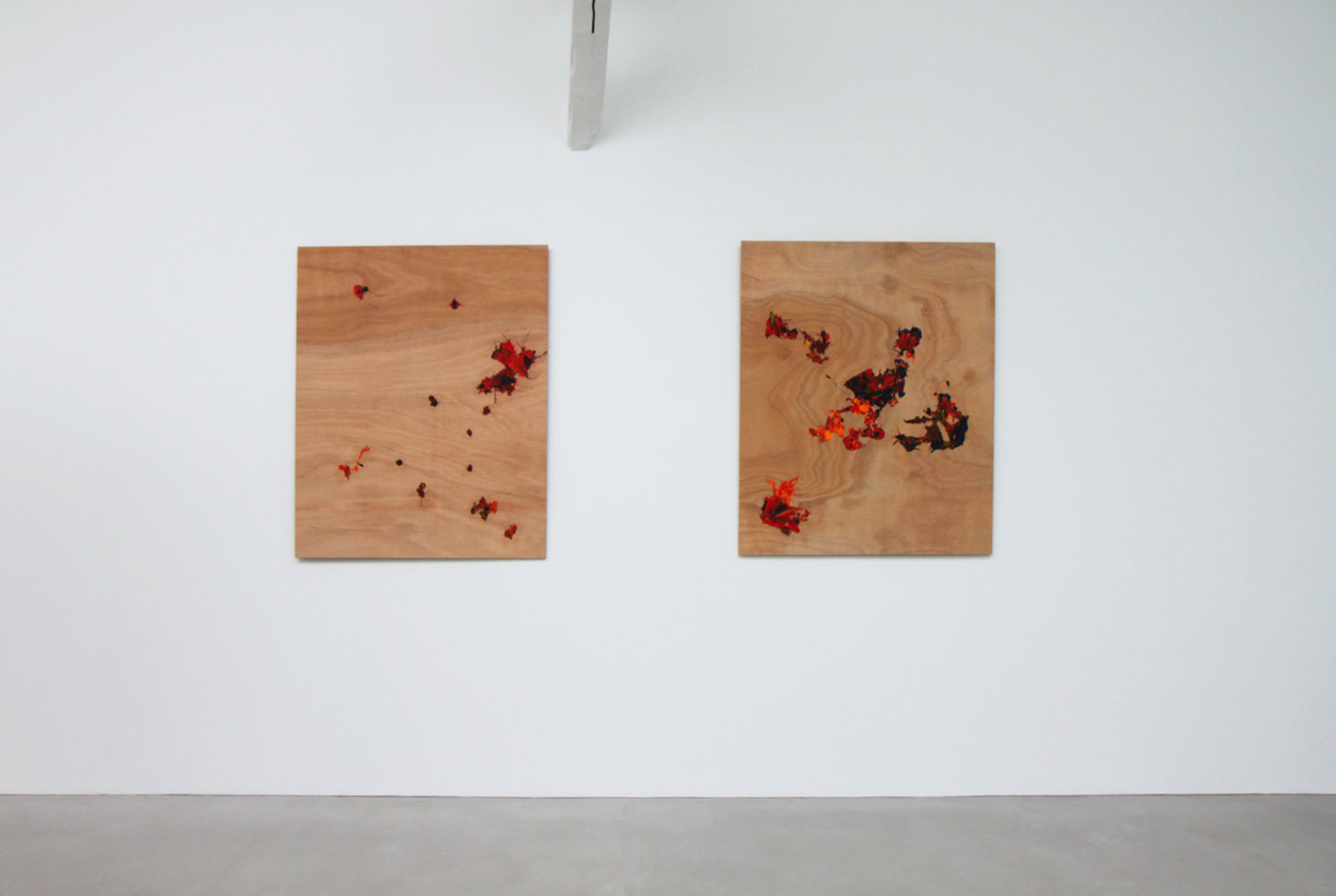 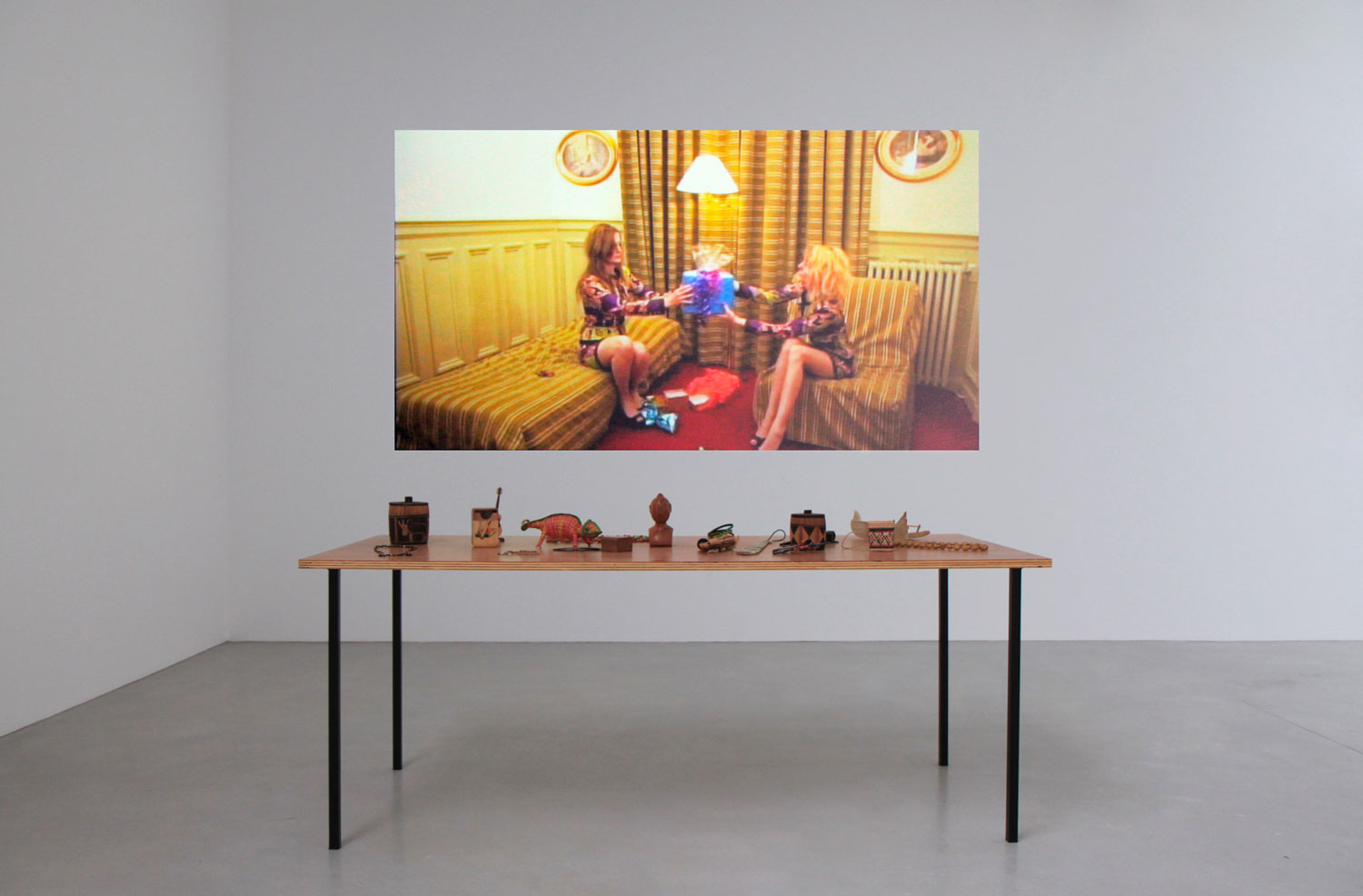 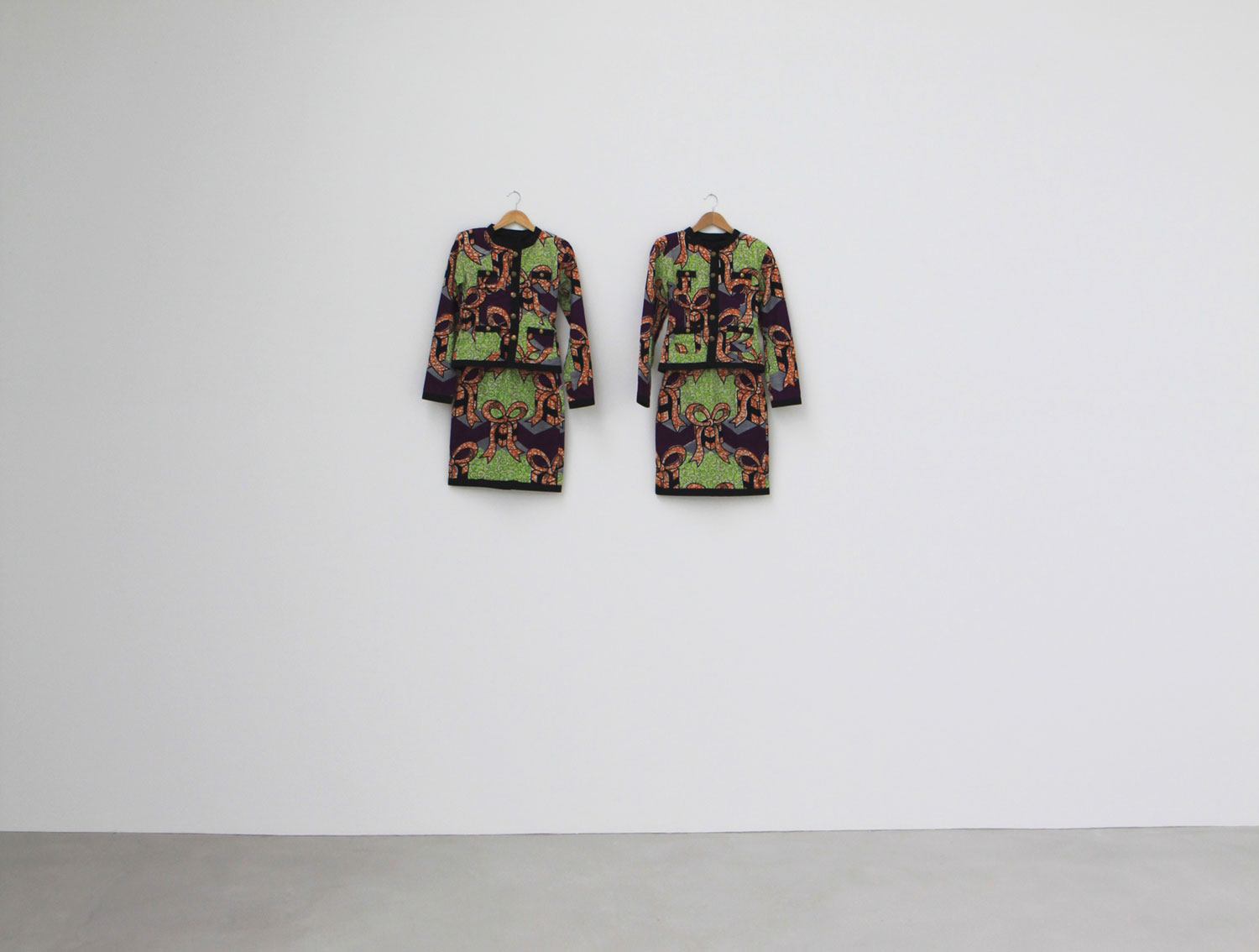 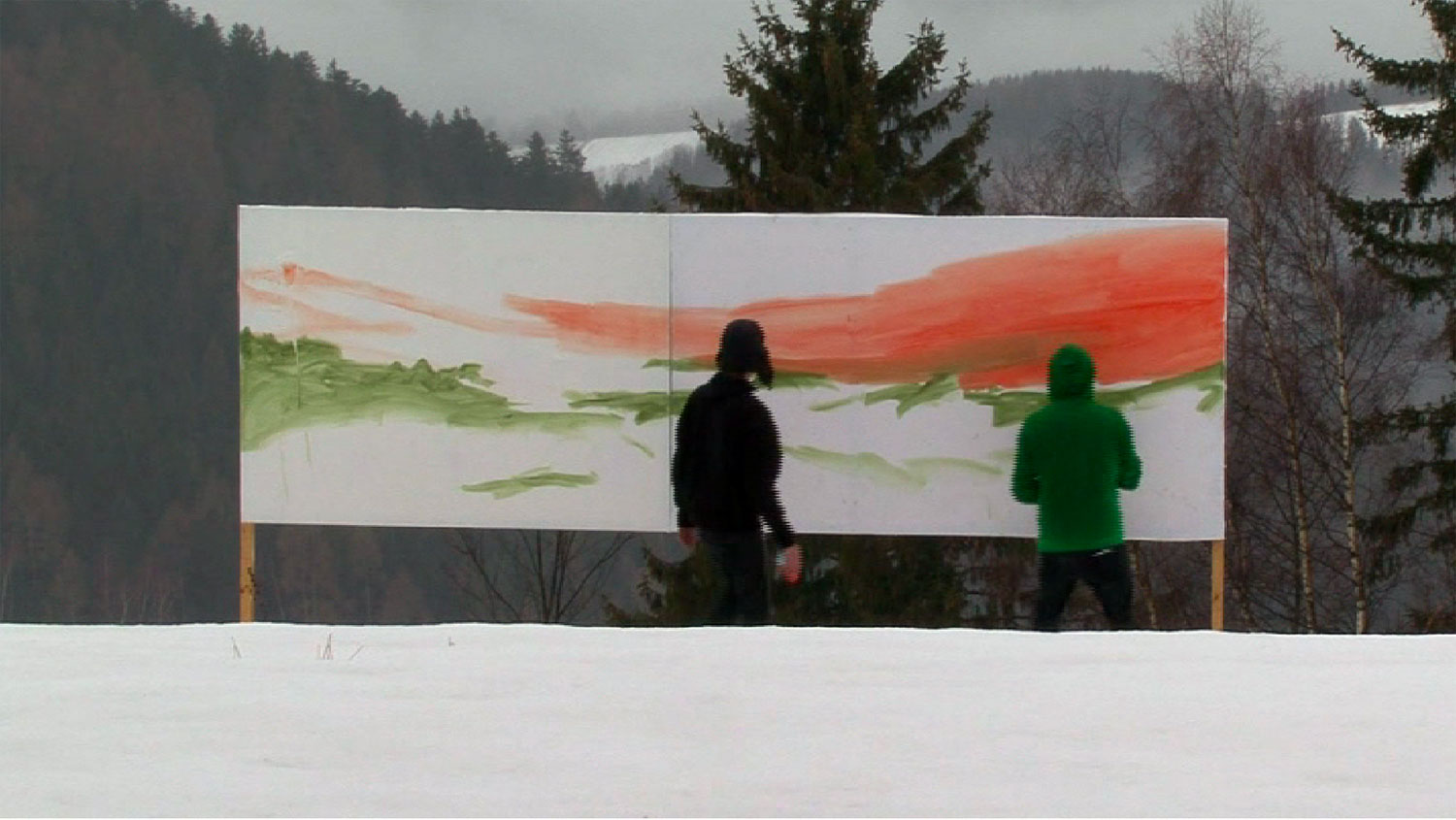