Maxime Bondu gives Versailles new life after its initial appearance as an inside exhibit in 2009. On the ground in the courtyard of 40mcube, the pattern of the historic Versailles flooring is carved directly into the concrete, thereby associating a mundane and contemporary material with period grandeur. It also makes us wonder what kinds of buildings once stood on the 40mcube grounds. 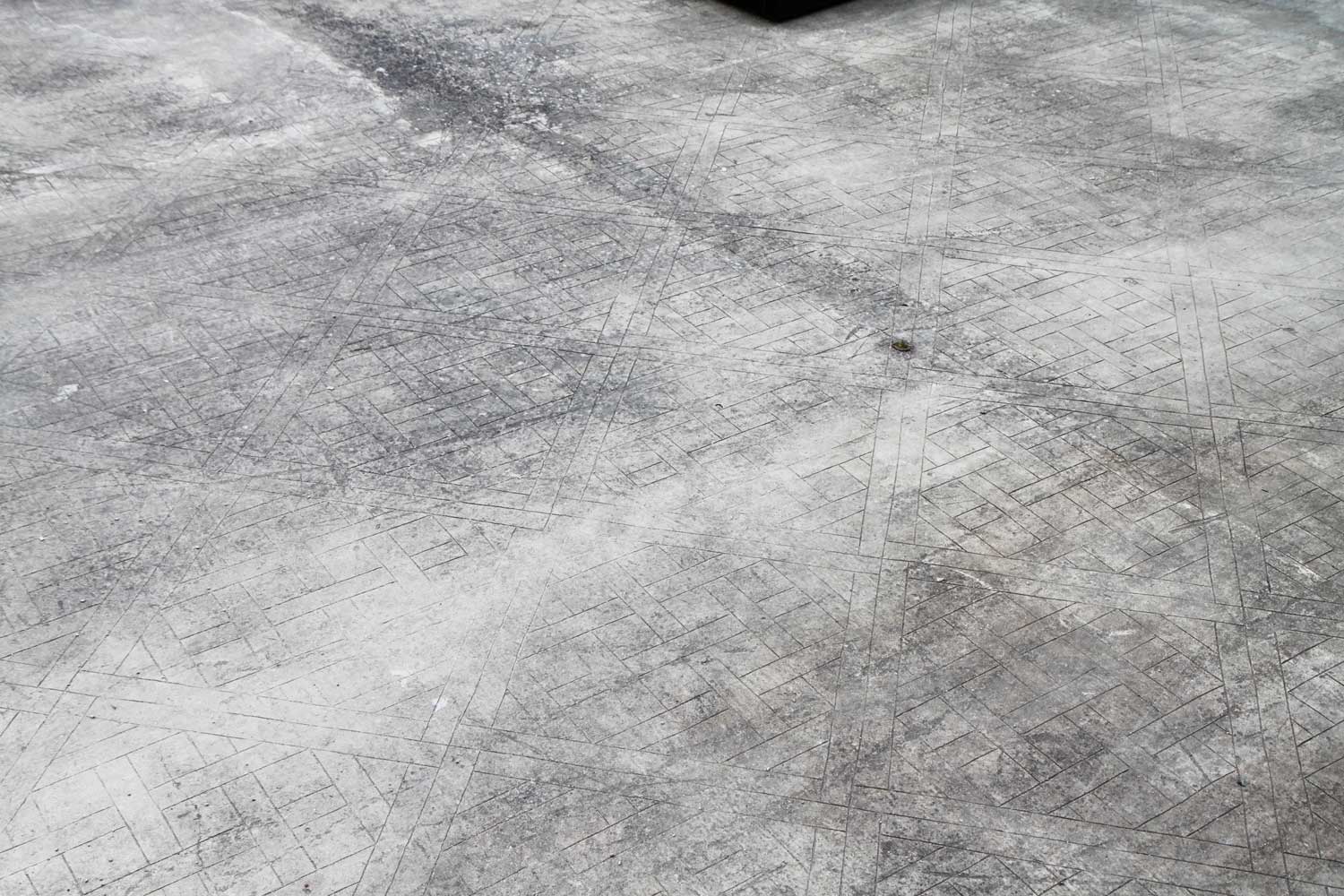