As part of the corporate residencies initiated and supported by the Ministry of Culture, the company Rousseau Clôtures and the contemporary art centre 40mcube have set up a residency for the artist Laurence De Leersnyder.

The works of Laurence De Leersnyder are the result of experiments. The process and experimentation are not made visible but can be guessed when we take the time to decipher these forms, whose strangeness and even incongruity we perceive at first glance. His works contain the trace of natural actions, linked to time, or human actions – his own, on matter.

The trace, the imprint, the geology are omnipresent in his work, which often consists of revealing what is usually hidden, buried. She brings these forms to the surface in the exhibition space, or intervenes directly outside, in our controlled or even constructed natural spaces.

“In my practice, I have used concrete on many occasions to create impressions in artisanal moulds, made in the workshop. The possibility of confronting my experimental knowledge of this material with industrial production is particularly interesting. Moreover, the seriality induced by a production line opens up new ways of thinking about the question of the same and the similar, the resemblance and the infra-thin, which are notions that run through my work”.

During her visit to the factory, Laurence De Leersnyder immediately spotted the faulty and abandoned moulds. The artist is therefore interested in defects, malfunctions and accidents, whose flaws she will be able to explore, eventually enhancing them through the creation of new works. Collaboration with the company's employees is based on experimentation, sharing each person's know-how.
Thus the artist's approach brings another point of view on the finished product and the possibilities of using the tools of this production.
After a few weeks spent in the company, the artist and the workers started to make tests and to carry out trials which already seem promising. 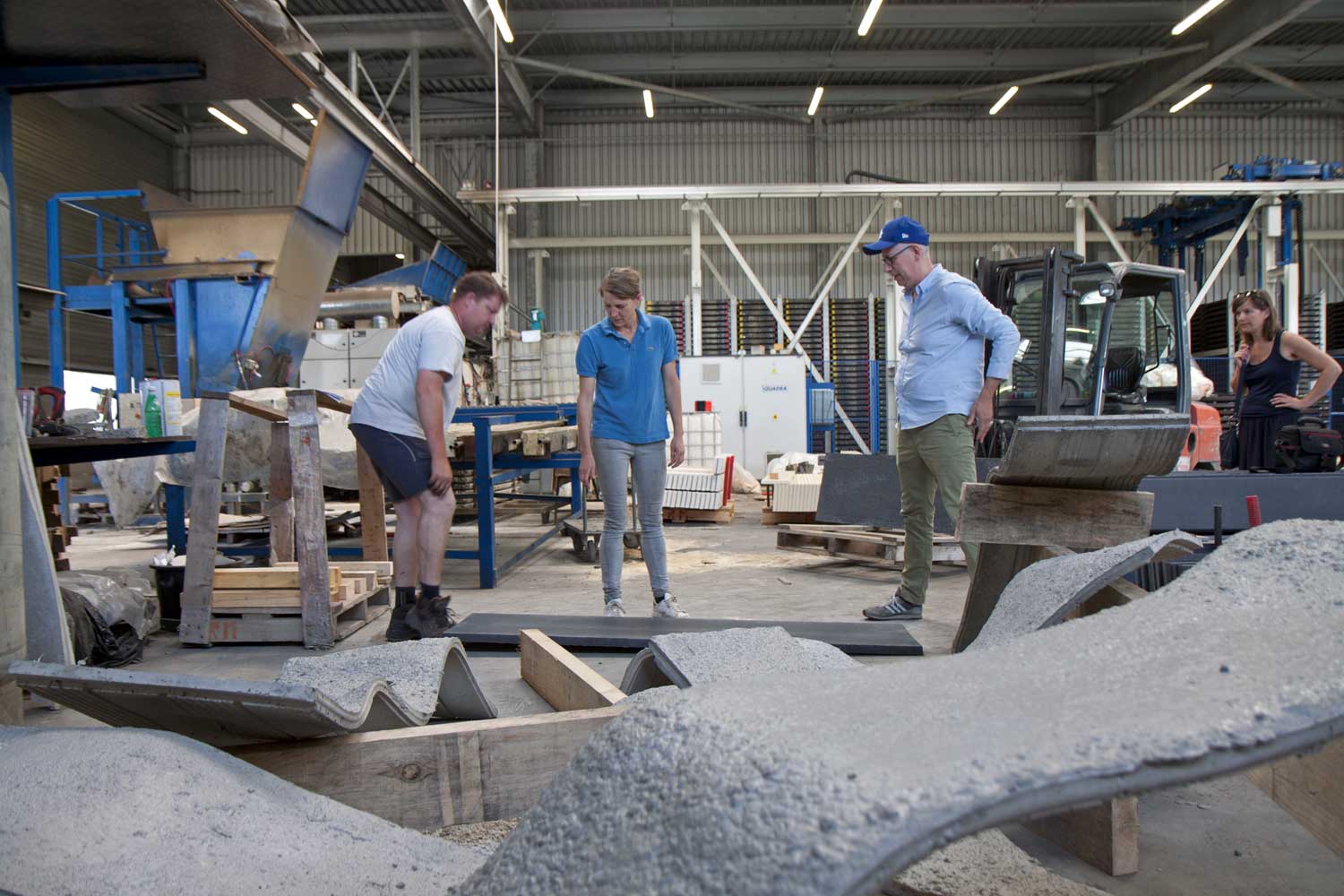 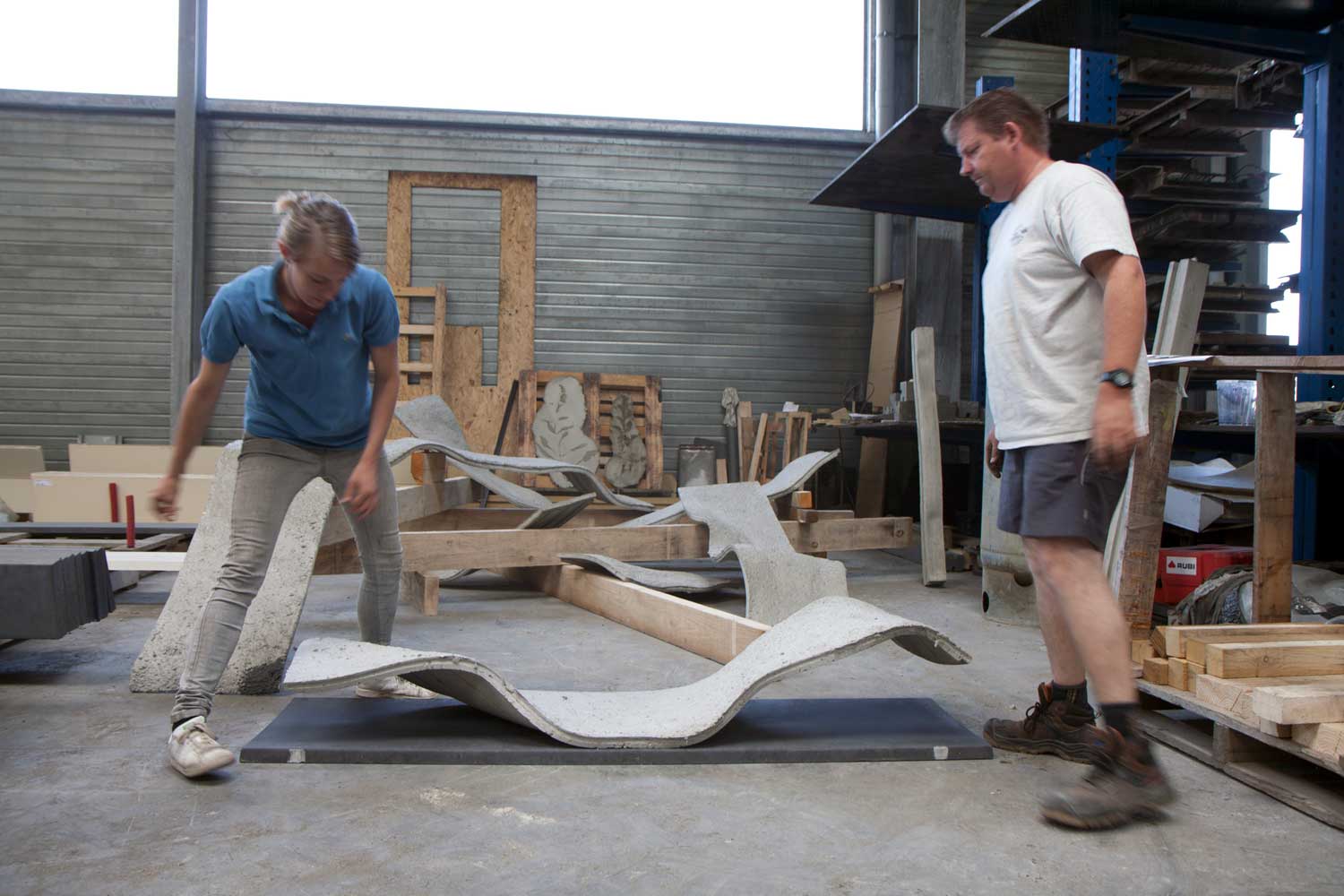 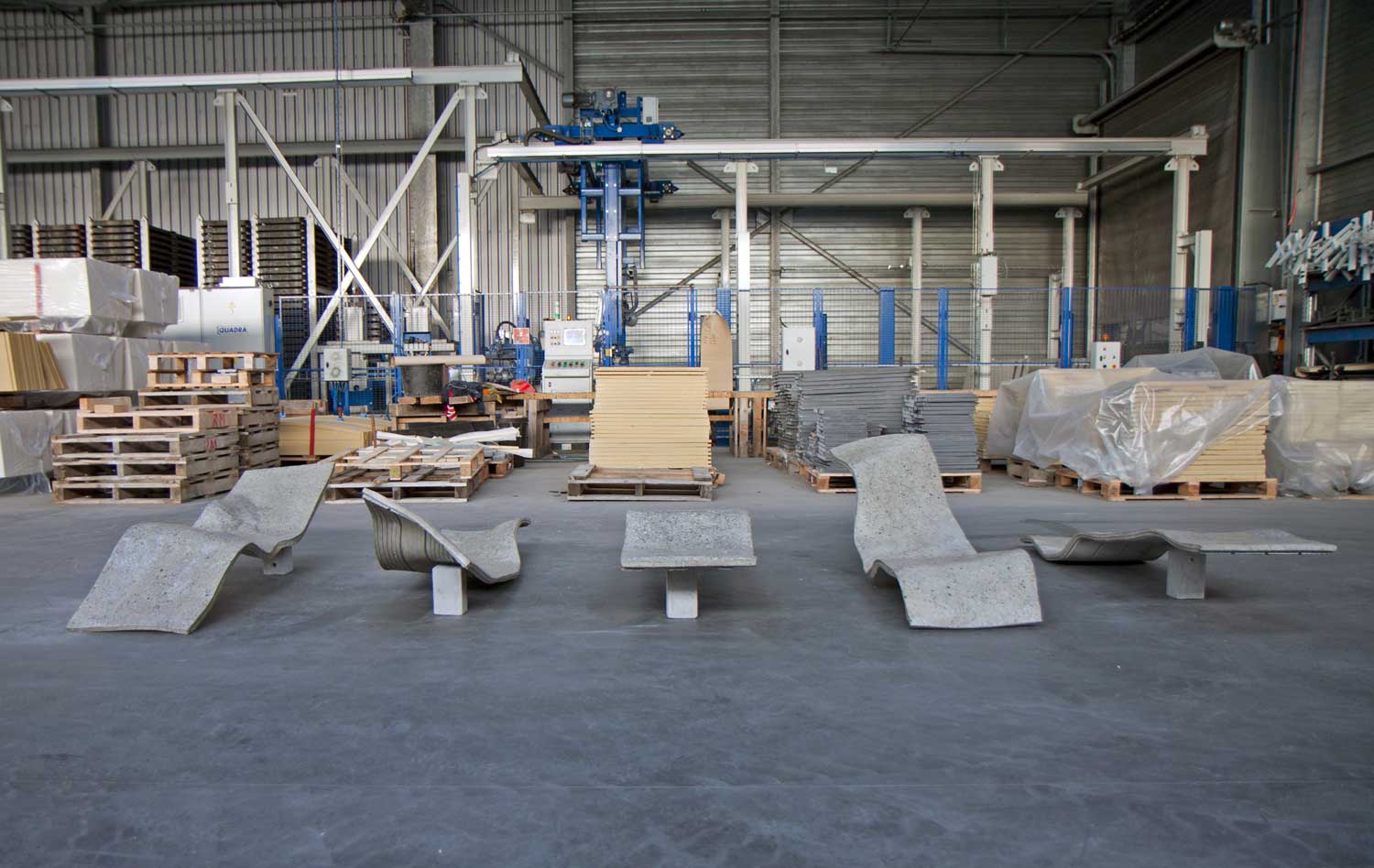 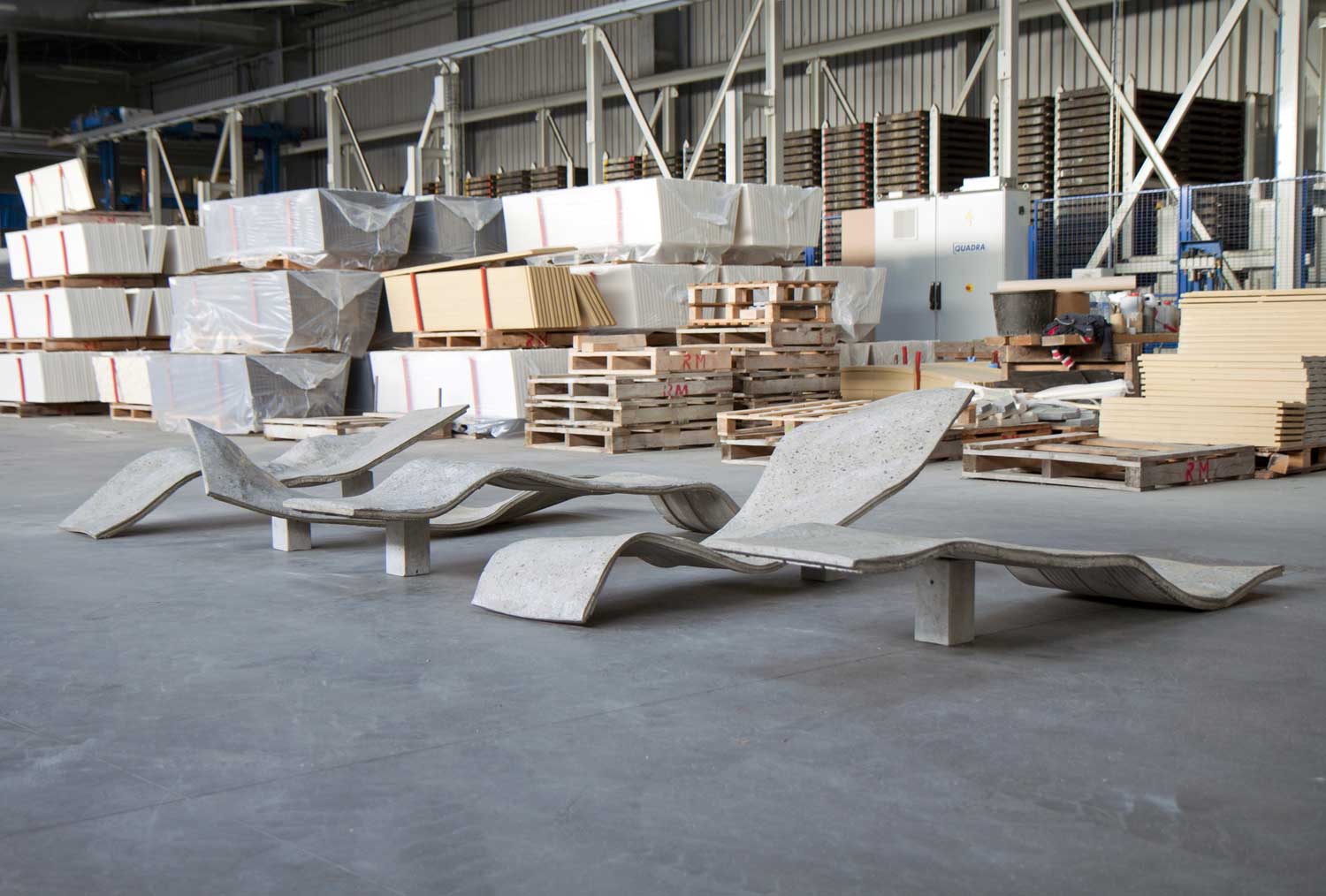 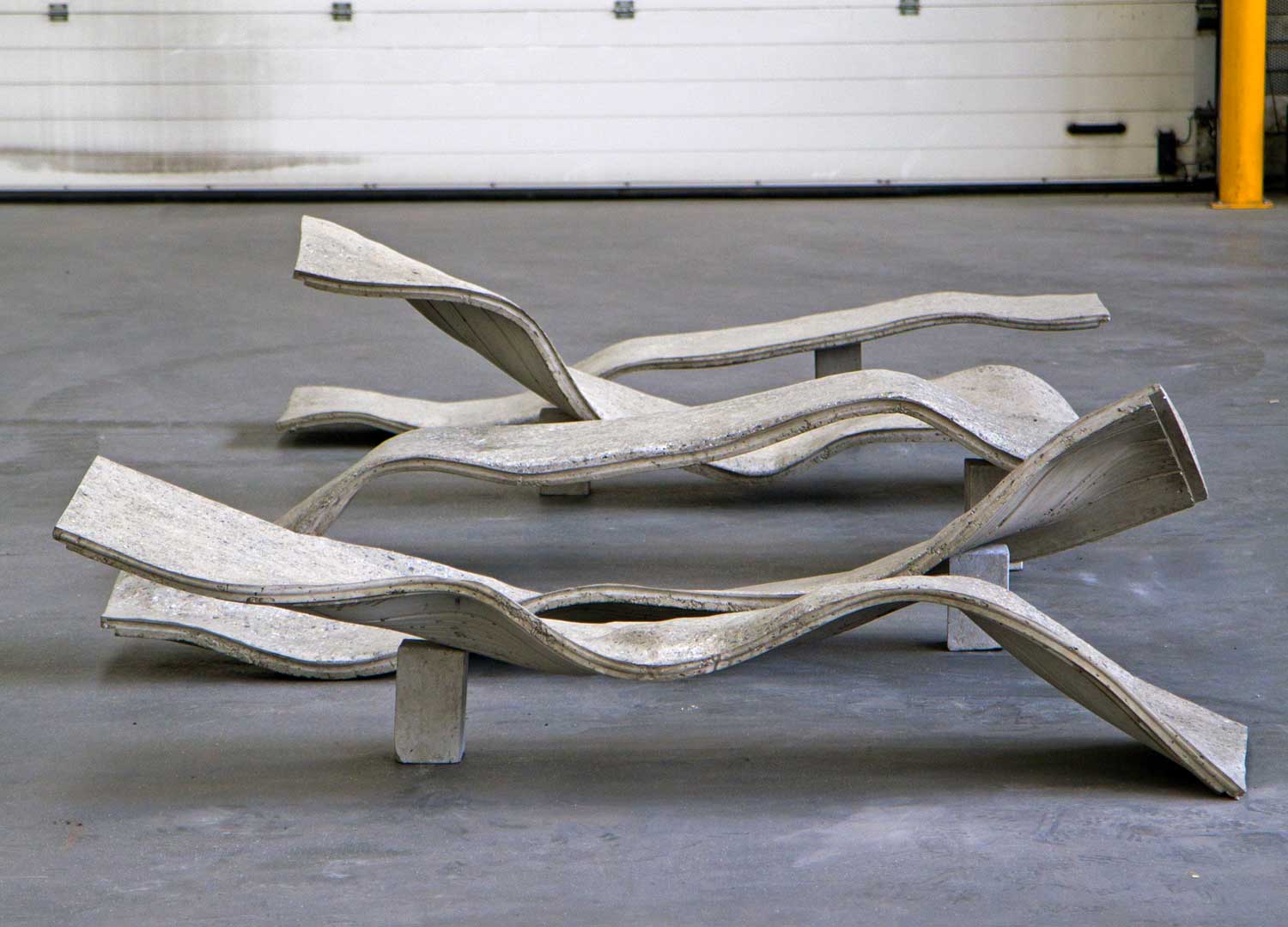 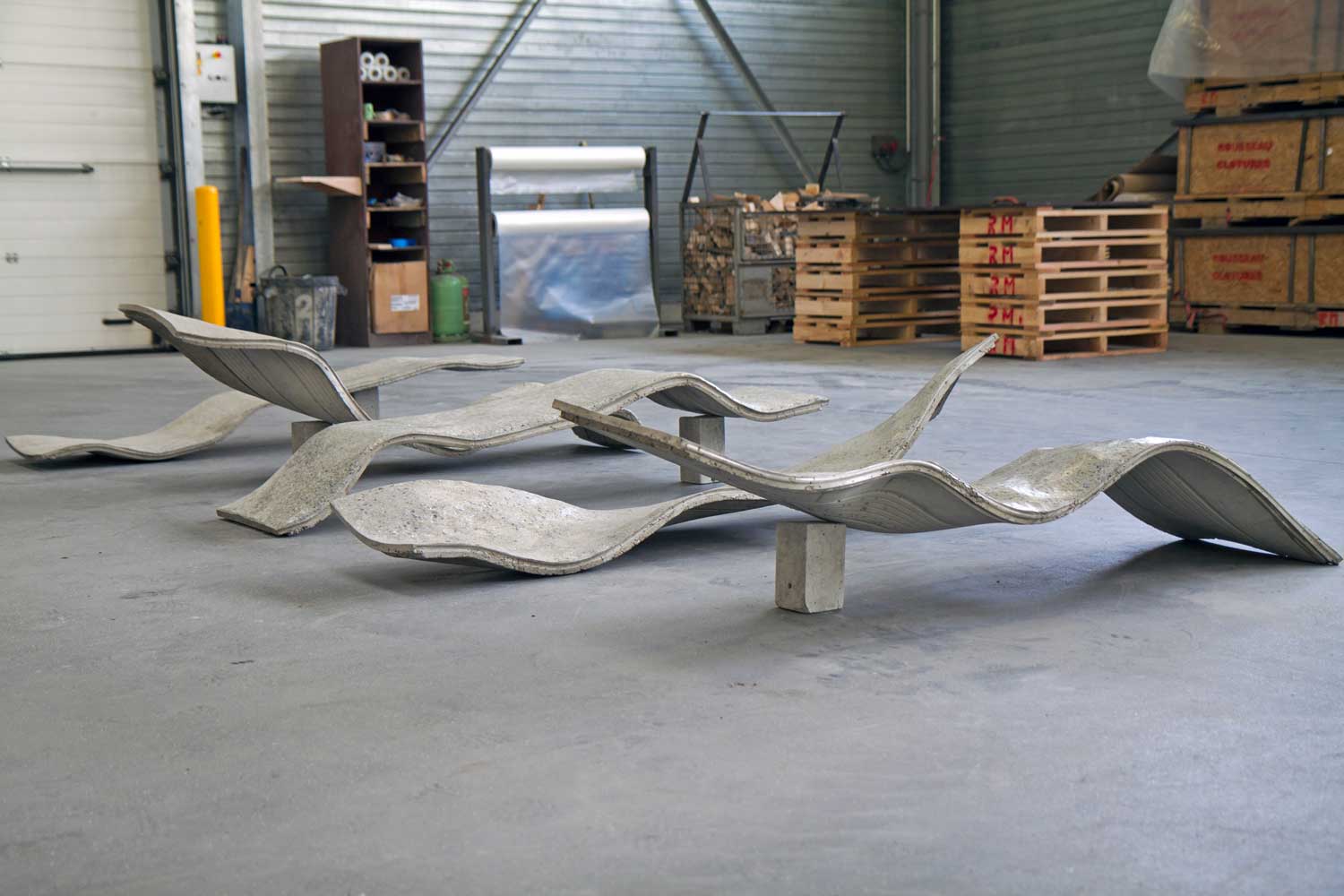 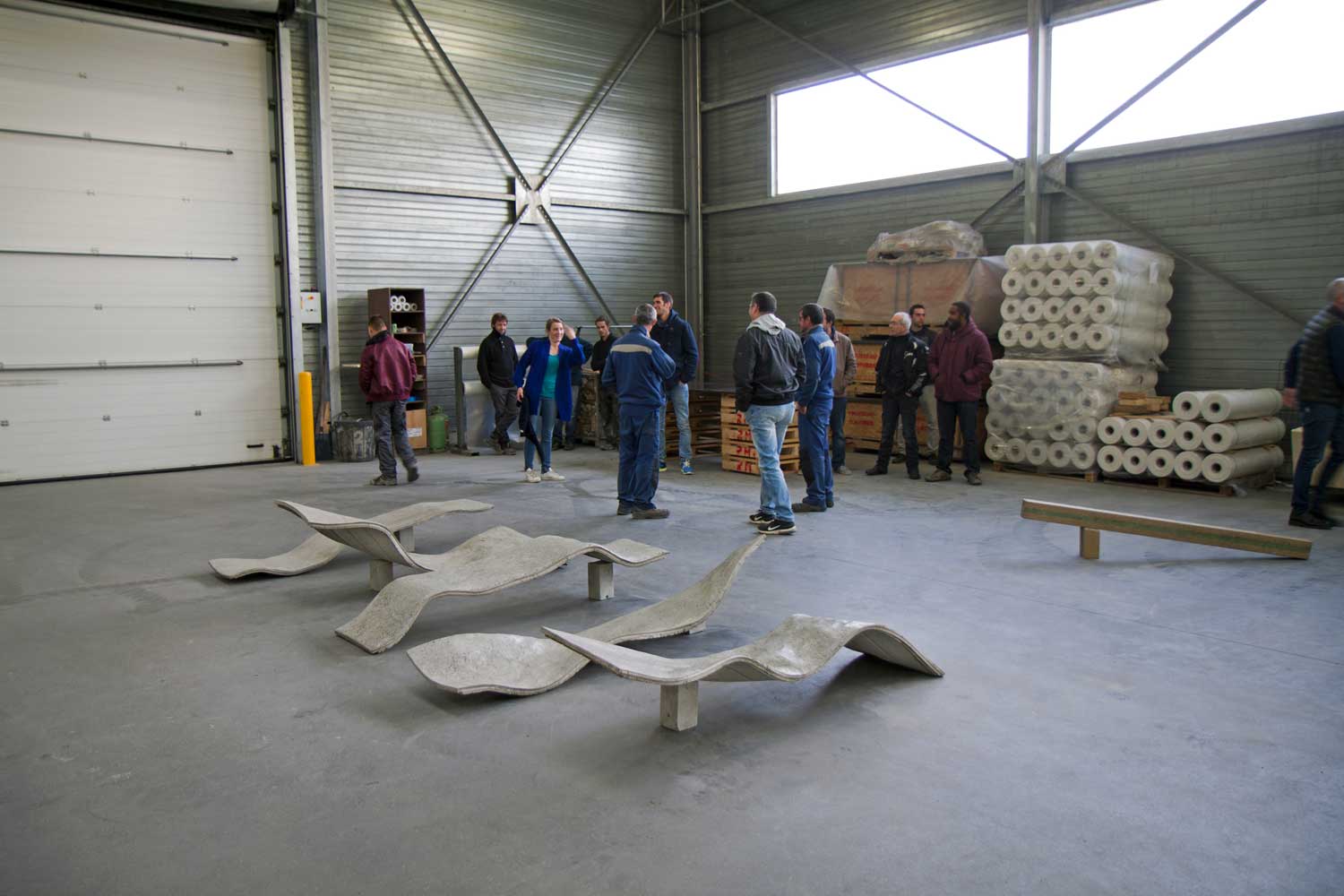 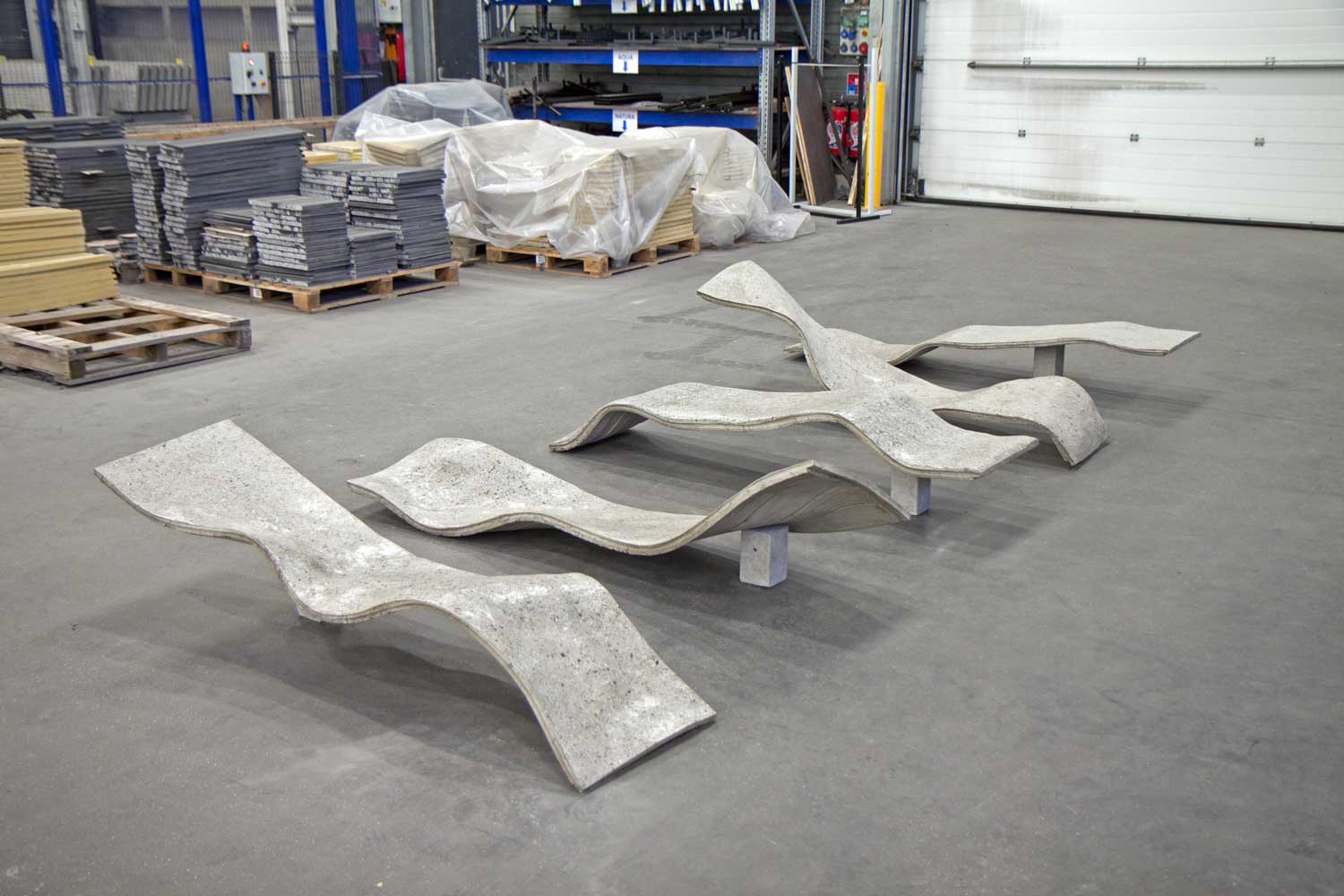 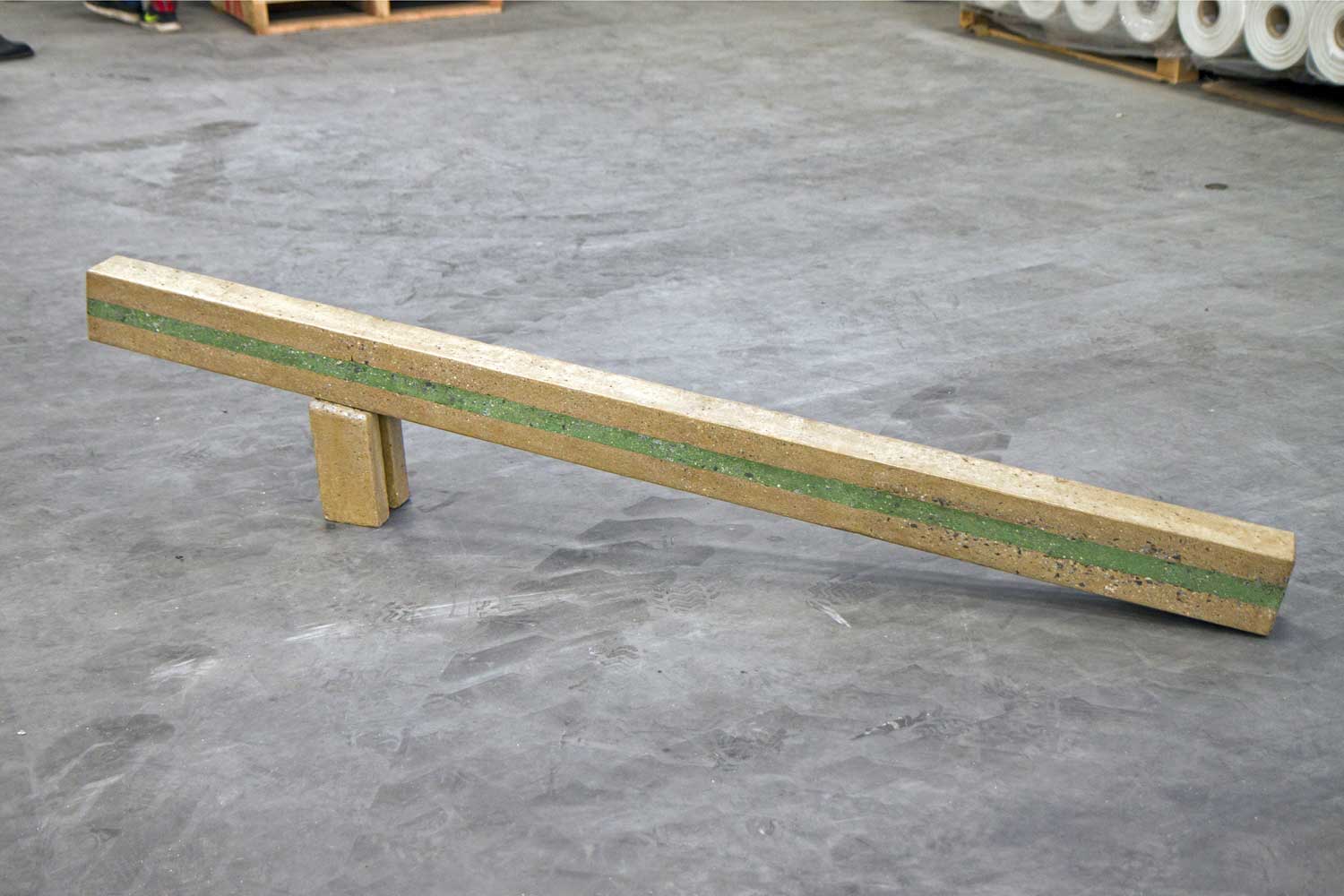