For Régis Ogor’s exhibit at 40mcube, the first ongoing public installation is a contemporary sedan chair. The exhibit occurs in three steps, the first being the use of the chair.

The passerby as well as the visitor may try out the chair on the day of the opening on the Dalle du Colombier where it will be exhibited. The idea is not that sedan chair should be brought back in Rennes but to test a type of revolutionary transportation for everybody. The chair gives the effect of a carnival merry-go-round. By this anachronism, this transposition between periods and cultures, Régis Ogor wishes to invite the passerby to think about his own means of getting around and also give a new meaning, a new life, to this object.

The second step is at the Colombier mall where it is exhibited like in a car demonstration. This is a way to call into question the organization and function of the city, of which the mall is emblematic.

Finally this exhibit joins up with the exhibit at 40mcube. The 40mcube exhibit is comprised of several different elements such as video, ashtrays, different media for image and sound as well as “files” that contain different cloth cut up into shapes inpired by architecture common to every town.

Régis Ogor plays off the credibility of useful objects even though his own objects are only slightly useful, or even utopian. Oscillating between sculpture and design, his art allows him to work with prototypes, the intermediary step that leaves room for both experimentation and imagination.

Régis Ogor also workes with Bruno Trottier, a cook, on the creation of a recipe that can be tasted at Art Ty Chaud, 7 rue Rallier du Baty. 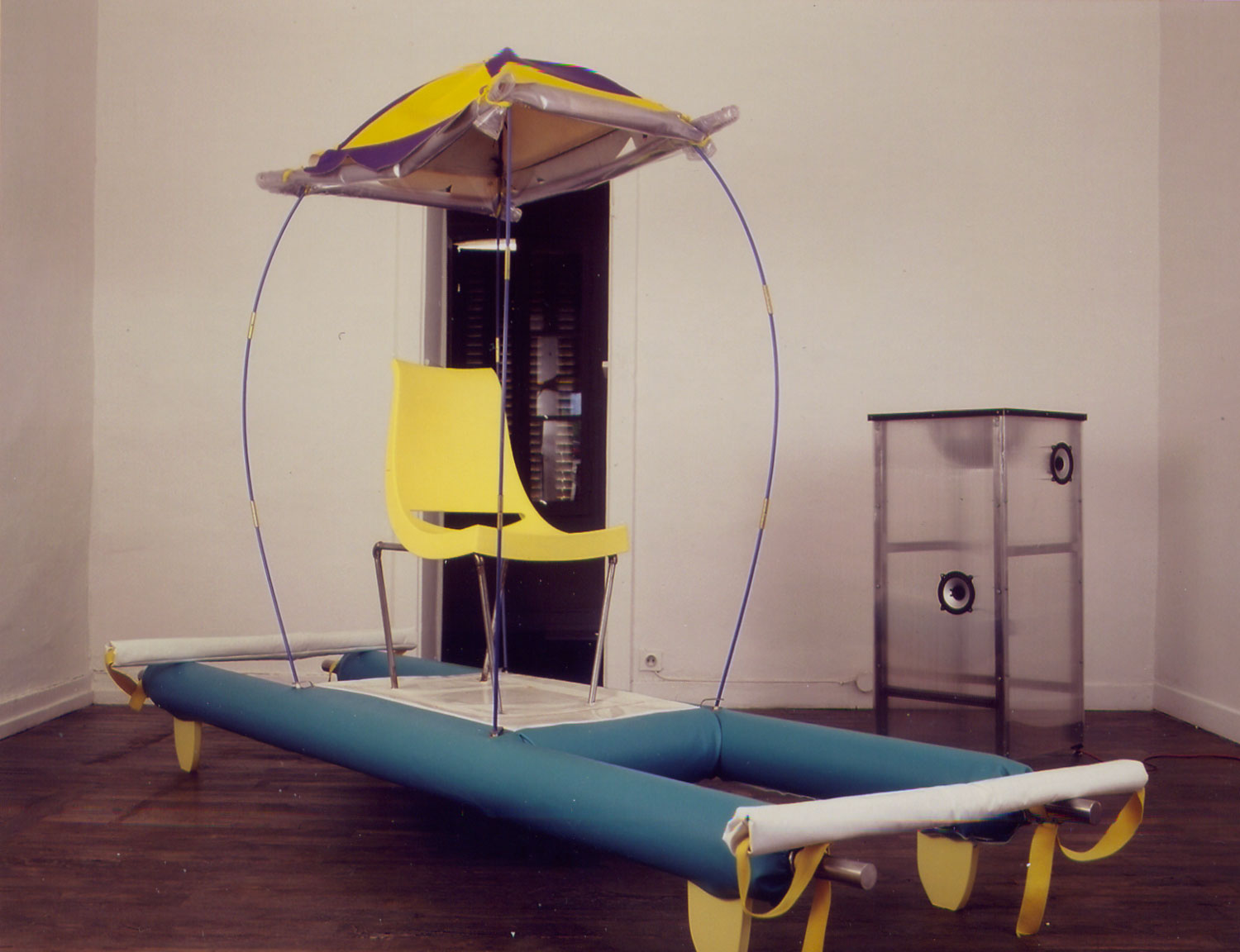 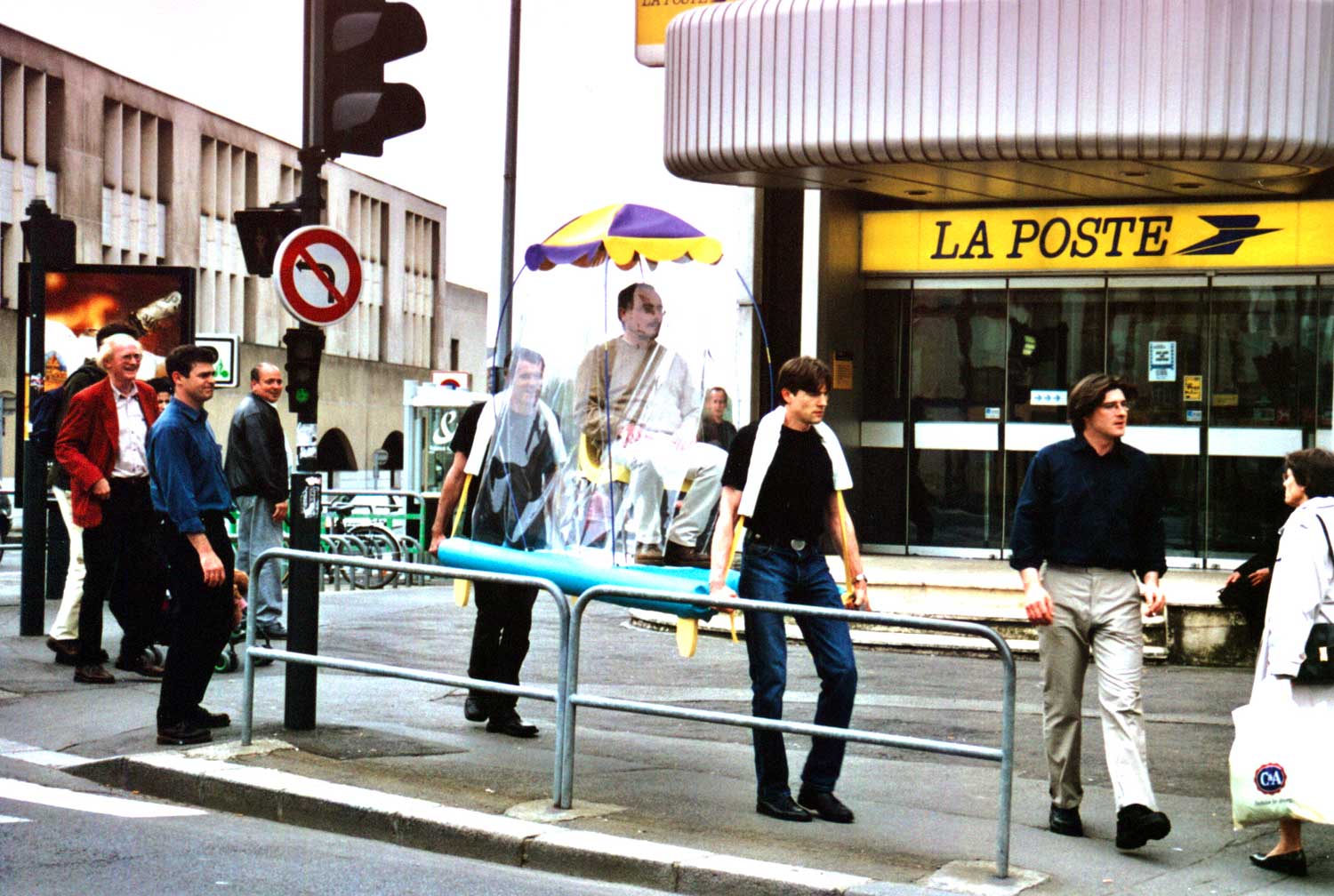 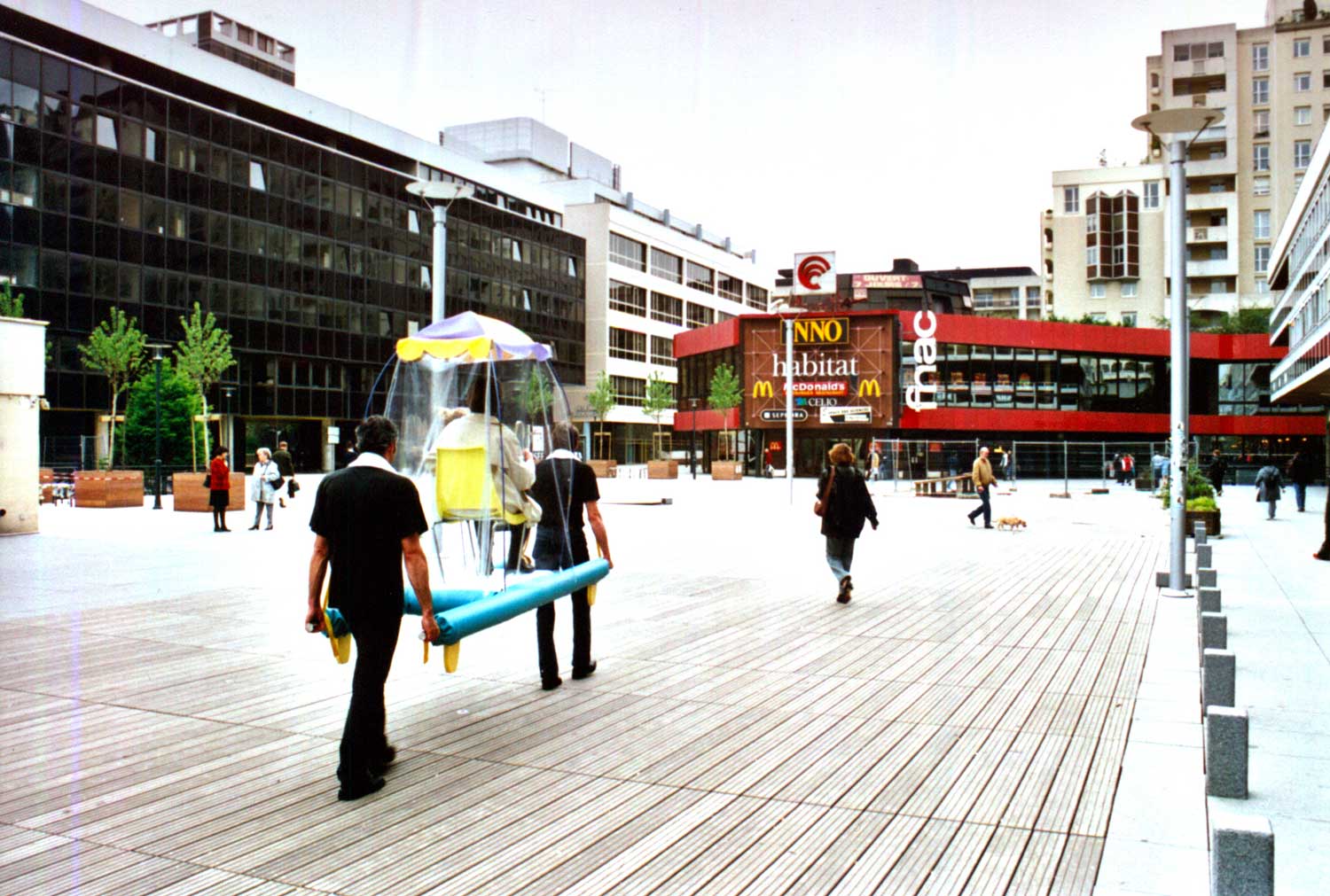 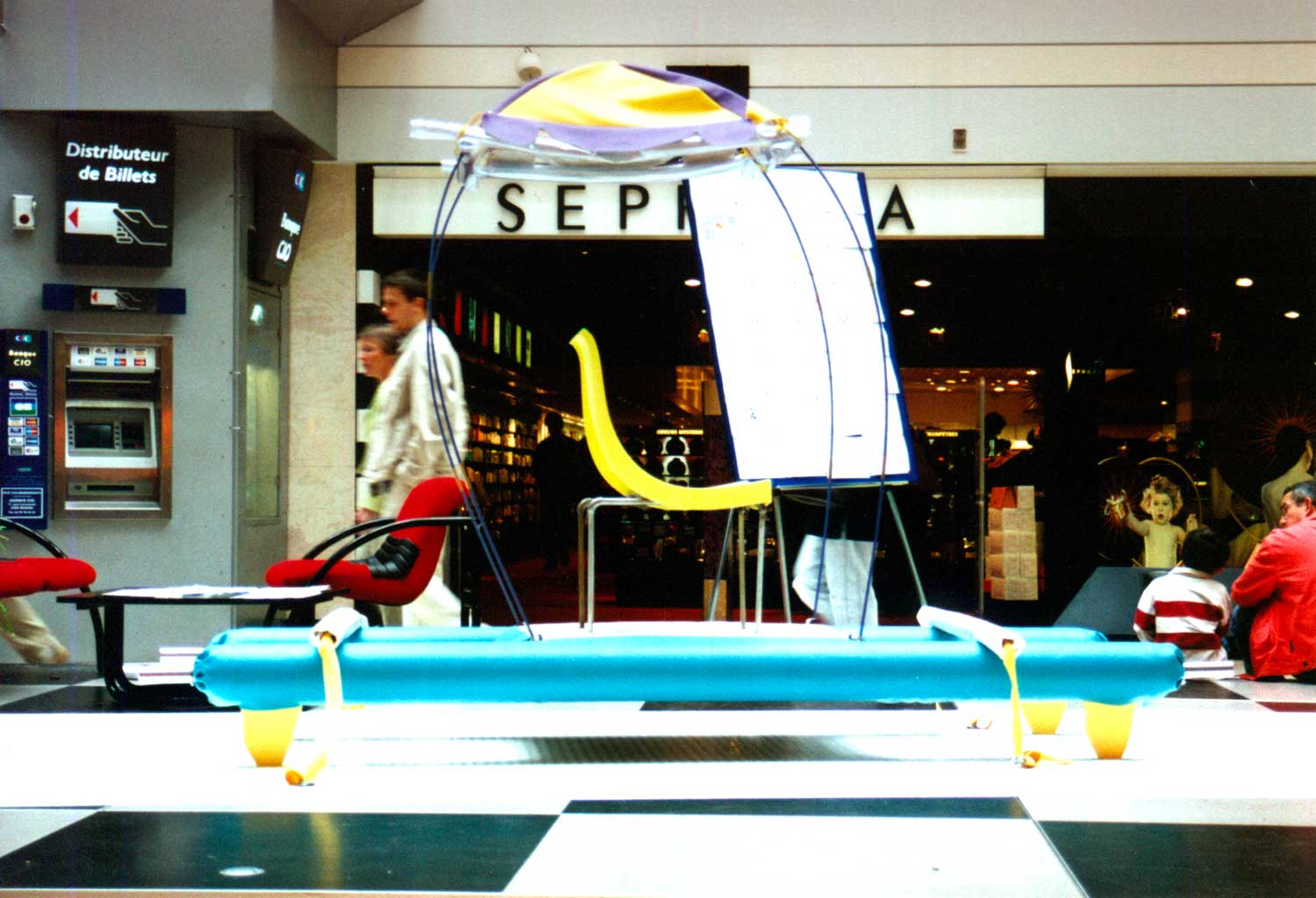