Exhibition presented as part of the Outsite programming

After two first collaborations towards projects mixing art and architecture (Here’s the spheres ;p by Antoine Dorotte in 2013, and Présence Stratégique by Vincent Mauger in 2014), Les Champs Libres and 40mcube come together once more around the work of Hans Op de Beeck. By inviting this captivating, multi-disciplinary artist, it is confirming a belief in the narrative power of art and its capacity to elicit stories and emotions.

For his exhibit entitled The Amusement Park, Hans Op de Beeck creates a monumental, new sculpture installation. From an enclosed space and through a large window, the spectator is brought to contemplate an infinite, noctural landscape in which can be found vestiges of an amusement park, and various sculpted objects by the artist. A vast space, animated by a soft wind and a feeble mist, encourages contemplation and is at once peaceful and melancholy. The viewers are thus free to make up their own stories, as the installation acts as a space that leaves free range to the imagination.

Taking the form of installations, sculptures, paintings, drawings, photographies or texts, the works of Hans Op de Beeck are suspended between the past and the future, in neither fiction nor reality. They probe a contemporary universe of mirage and sensory vertigo, where the familiar meets the strange. Through his installations, he creates a visual fiction suitable for contemplation and introspection.

Hans Op de Beeck was born in Tunrhout, Belgium, in 1969, and now lives and works in Brussels and Gooik. As a visual artist, he expresses himself through many different mediums, including sculpture, installation, video, photography, animated film, drawing, painting, writing and music. His work extends itself to grand existential questions spanning across our societies, such as the passage of time, birth, life and death, desires and anxieties. The incredible visual force of his work, in whatever medium he chooses, resides at once in grand beauty and soft irony, tainted by the melancholy with which he represents the contemporary world.

Over the last 15 years, Hans Op de Beeck has created numerous monumental «sensory» installations that he defines as «visual fiction». In deserted spaces, reproduced with incredible virtuosity, reigns a calm tinged by a strangeness, similar to those that follow an event or precede it. By contemplating these seemingly banal yet bewitching landscapes (a restaurant off a highway, a garden decorated by a fountain..), the viewers are naturally inclined to fill them with characters and stories, to use them as sets in their own personal fiction. 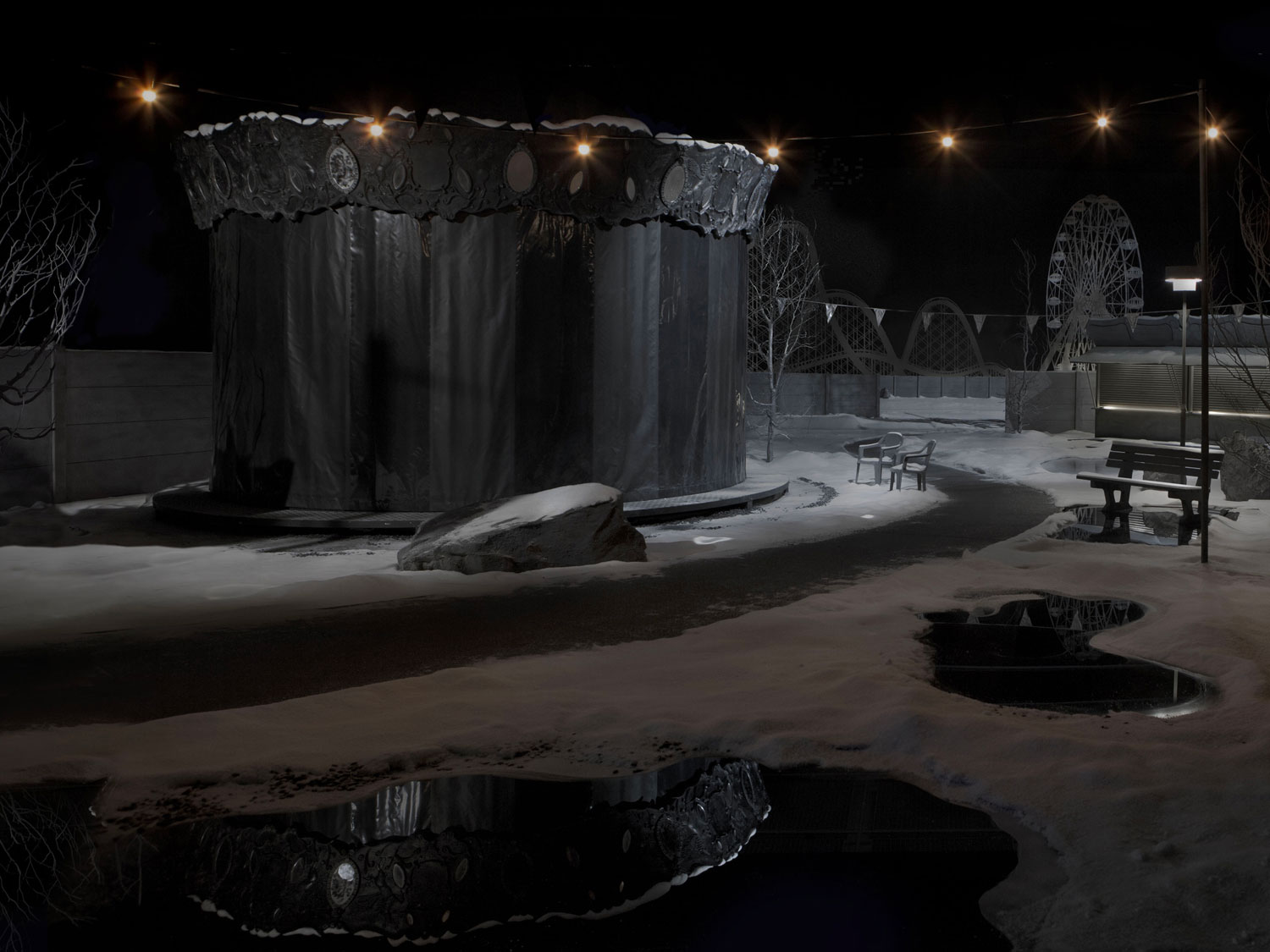 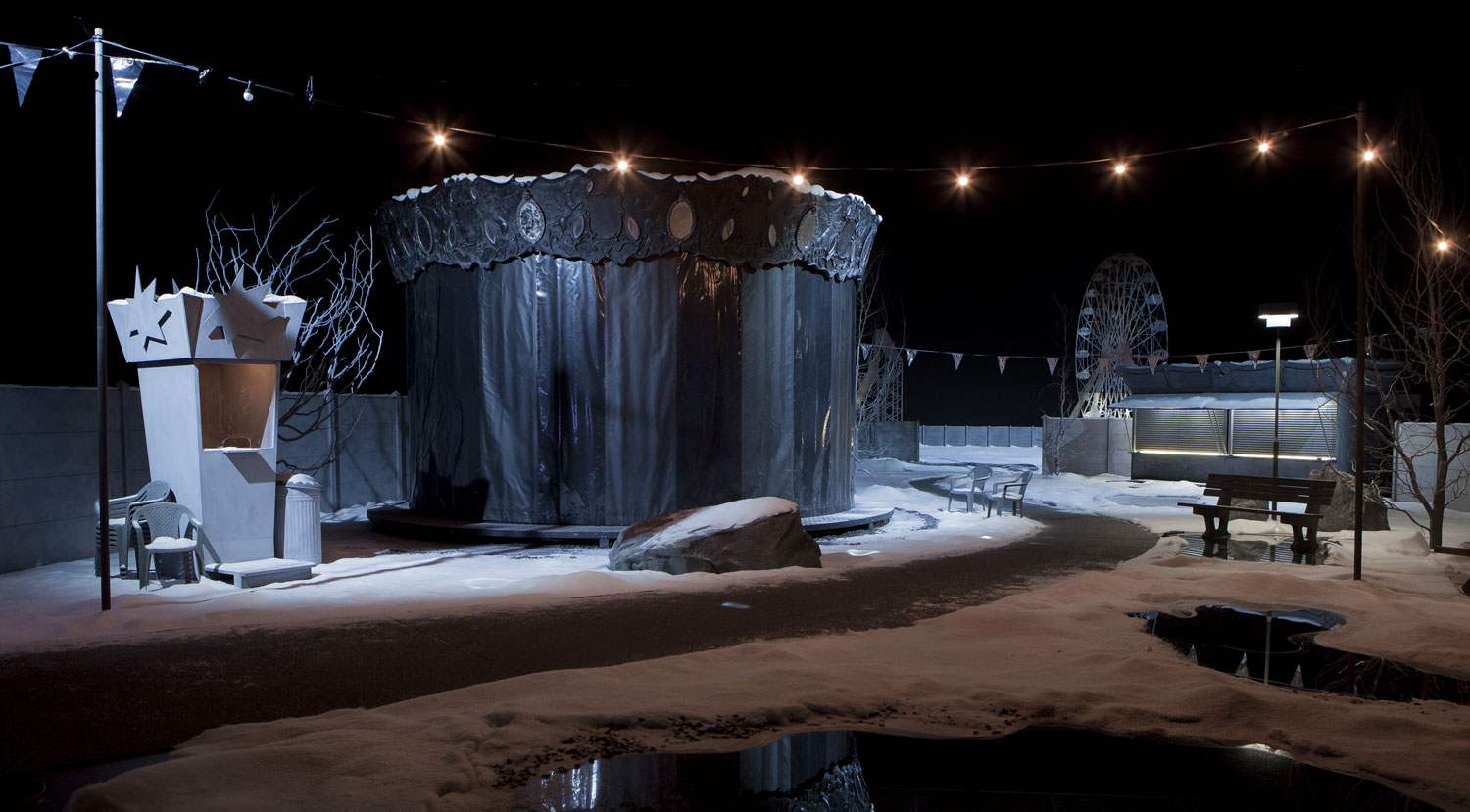