Espèces d’Hybrides brings together works that mimic forms found in nature, such as plants and minerals, while at the same time employing industrial materials most often associated with general day-to-day use.

This idea is shown in the concrete and physical manifestation of the reunion between nature and the industrial world. The exhibit is a sort of ‘no man’s land’ where the industrial world, abandoned by man, survives in sparse fashion as nature progressively regains its territory. It is in this kind of space that one may find plastic, styrofoam, and concrete, as well as the very urban activity of graffiti.

In this exhibit, form and matter contradict each other. L’arbre qui Pleure (2009), by Laurent Perbos uses colored plastic from hoses, while La Bille (2005) by Guillaume Poulain depicts a tree trunk made out of several plates of styrofoam. Guillame Constantin presents his work Don’t let the light escape (2007), a rock sculpture made from polyethylene ( a plastic most often used in packing material) specifically designed to be spray-painted (in this case by Shuck2) to resemble the rocks that delineate parking lots. As for Aurore Valade, her photography shows an inventory of succulents in an abandoned botanical garden. Like the tree trunks one may find in a public park, these plants are carved with names, drawings and various insults. Lastly, the large mass of pulsating Concrete Stone (2010) by Vincent Ganivet, appears as a vestige of contemporary ruin. He creates a new category of object by combining minerals with life: his concrete rocks, lying simply on the ground, suddenly begin to vibrate…

Reunited within one unique space, these paradoxical works create an artificial countryside. The exhibit touches on the inexhaustible question of the effect man has on nature and nature has on man but deals even more closely with the mark that the artist leaves on their surrounding. 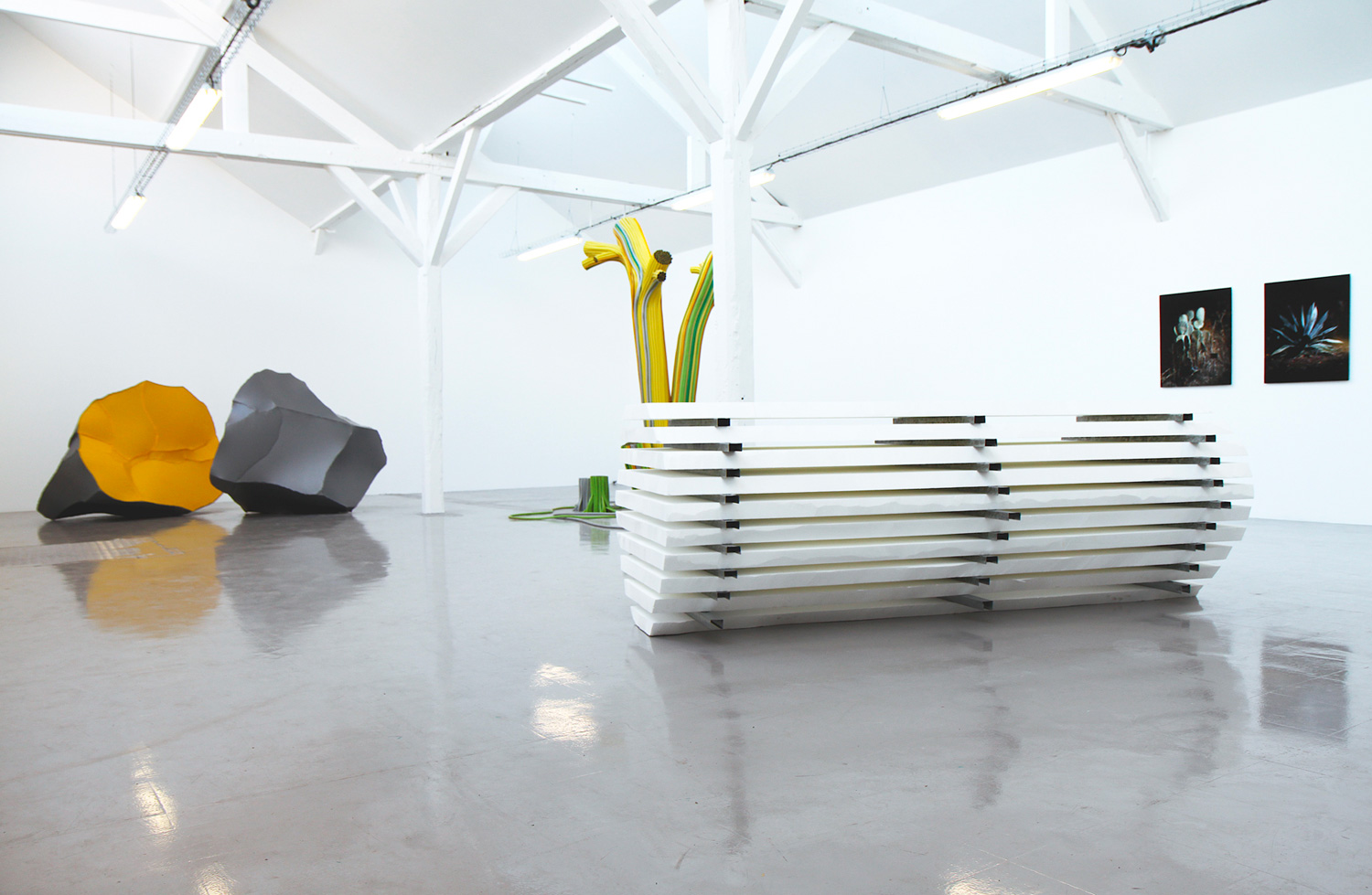 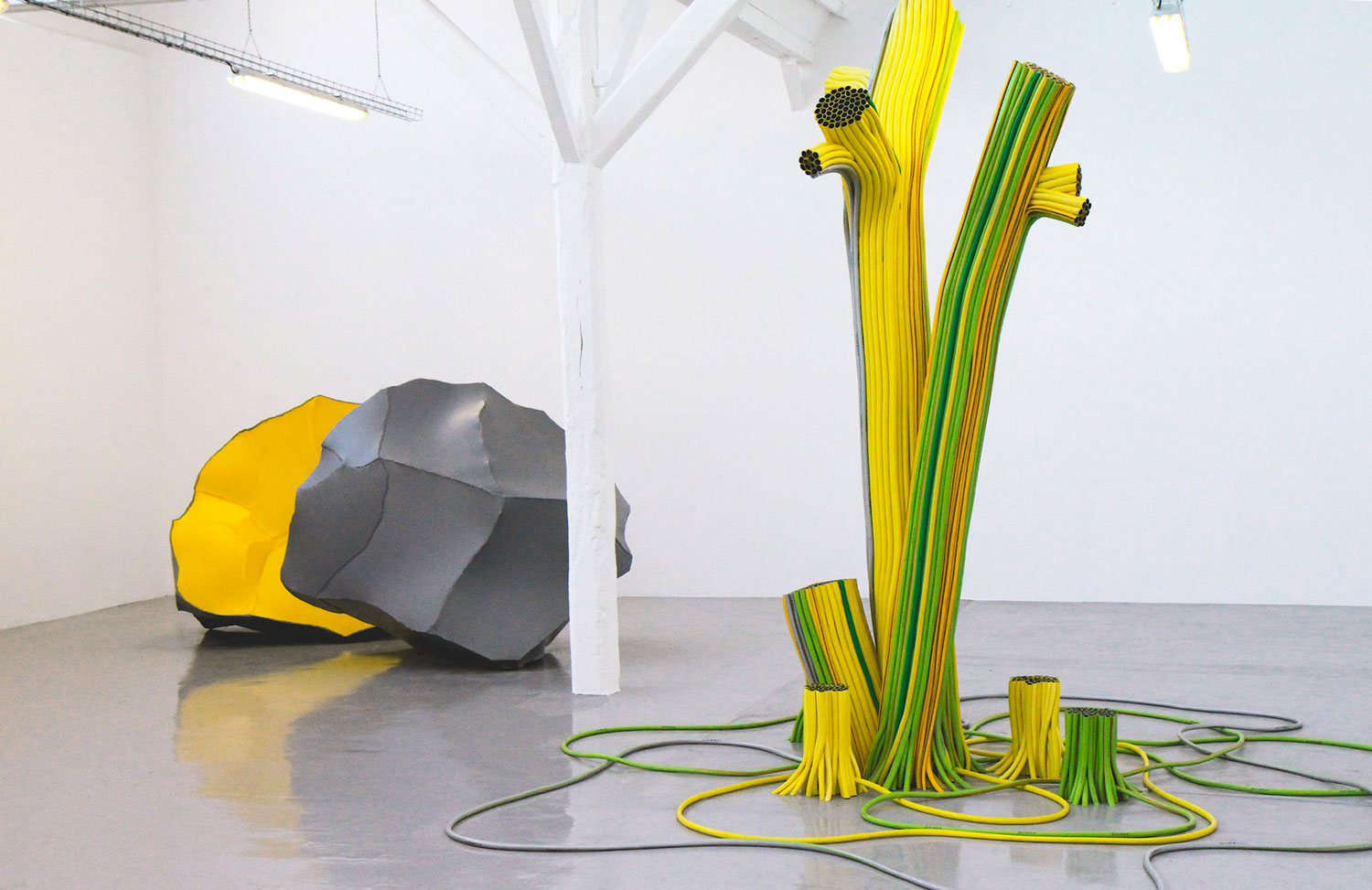 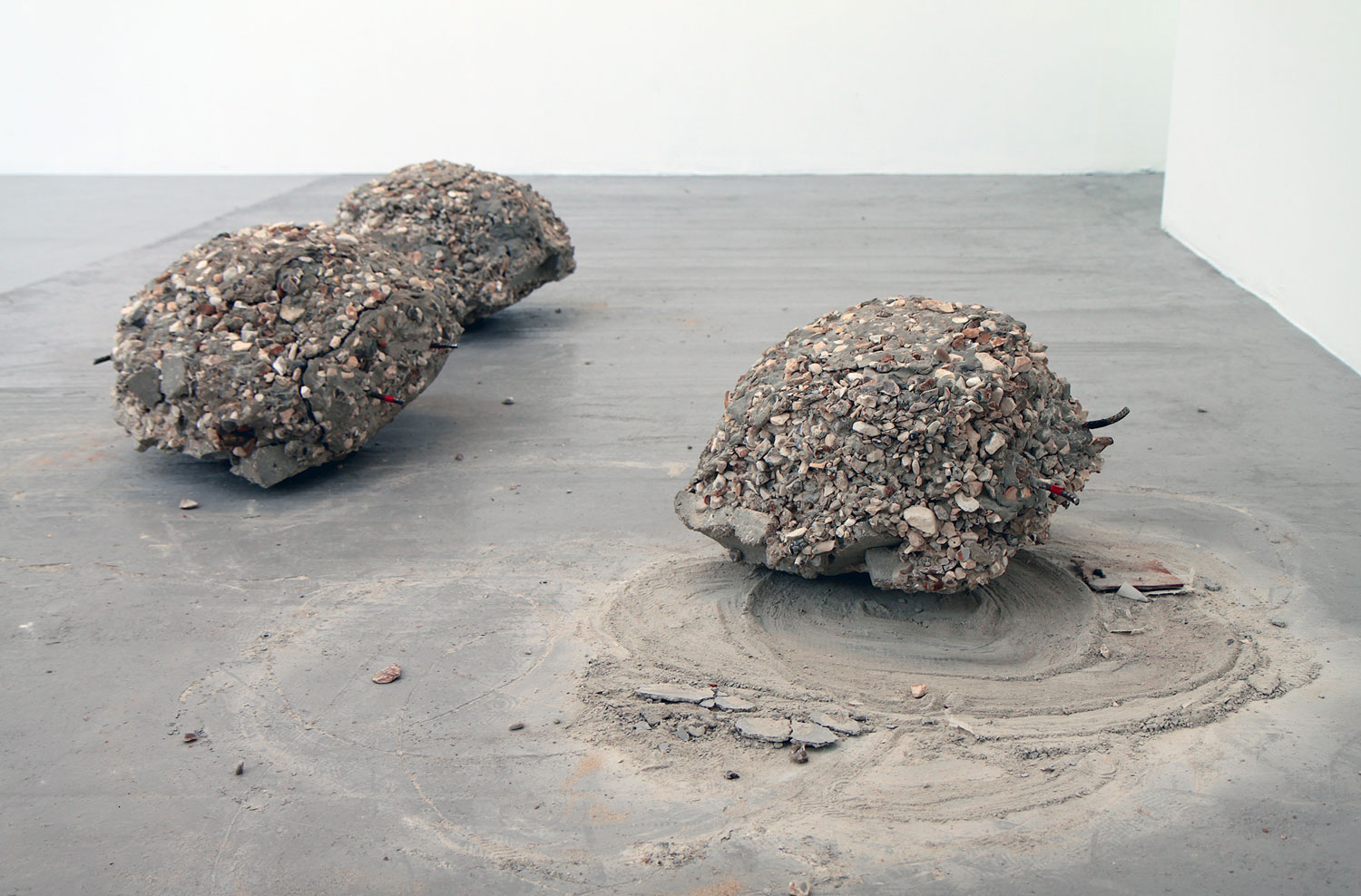 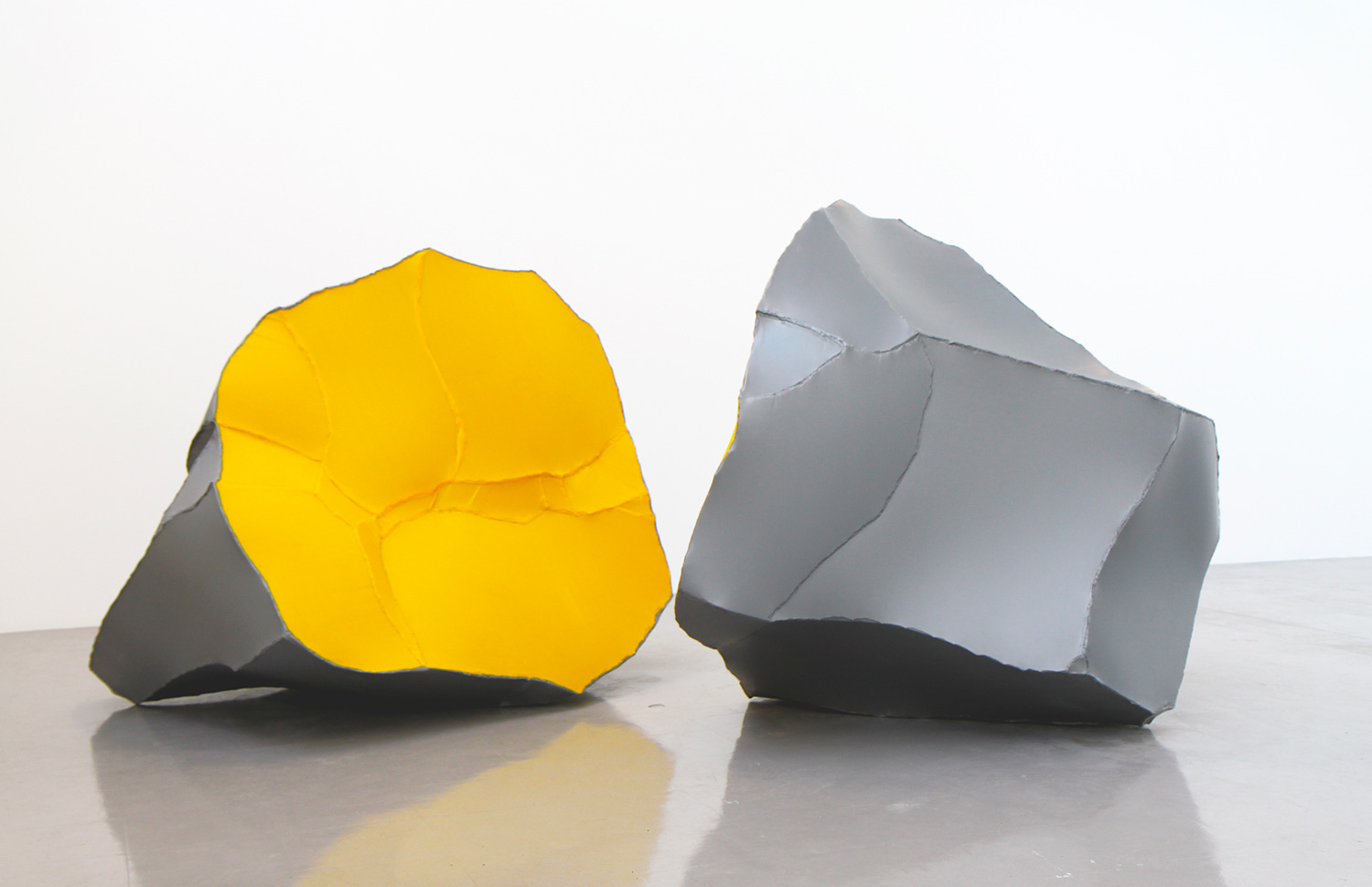 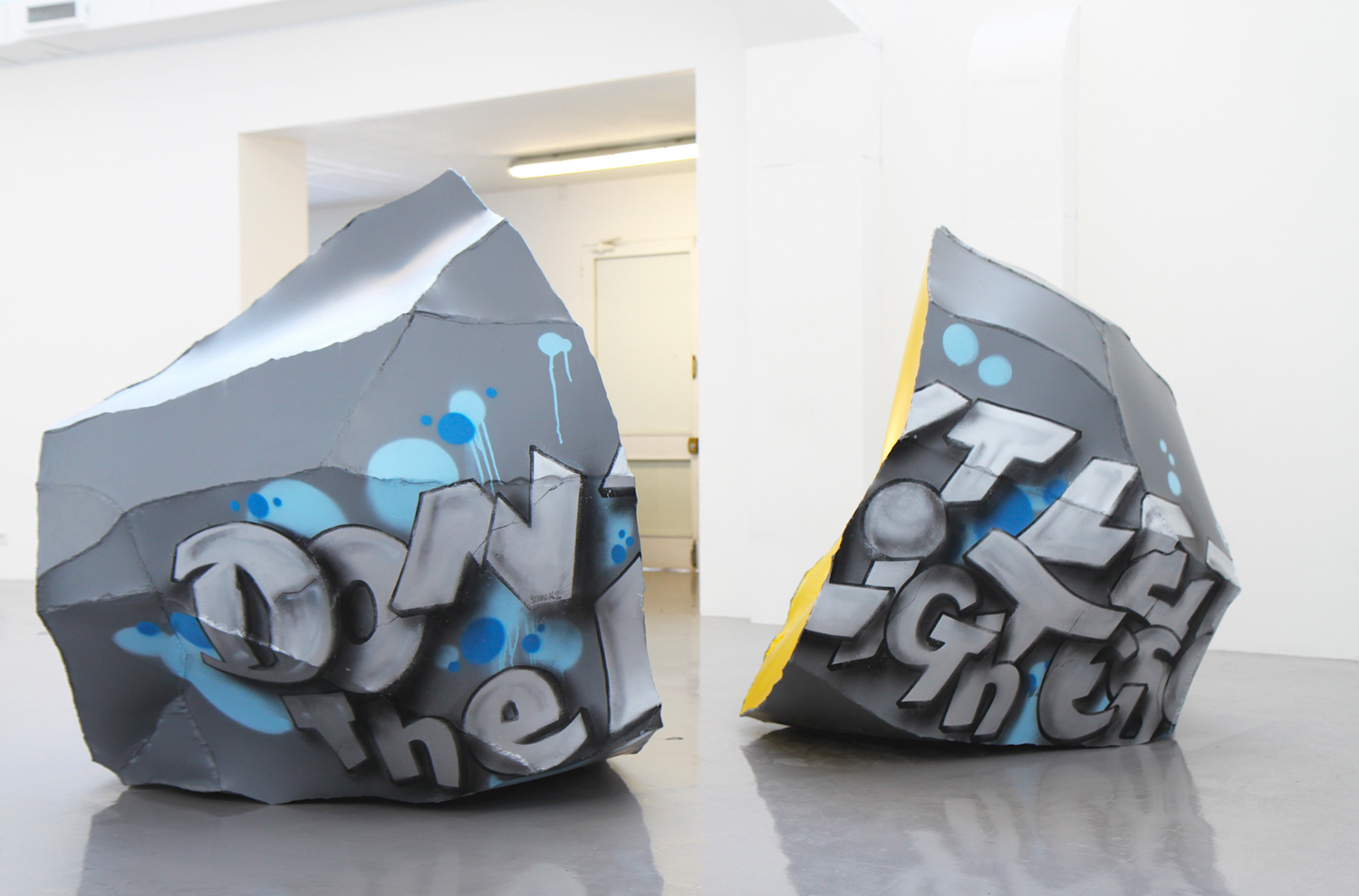 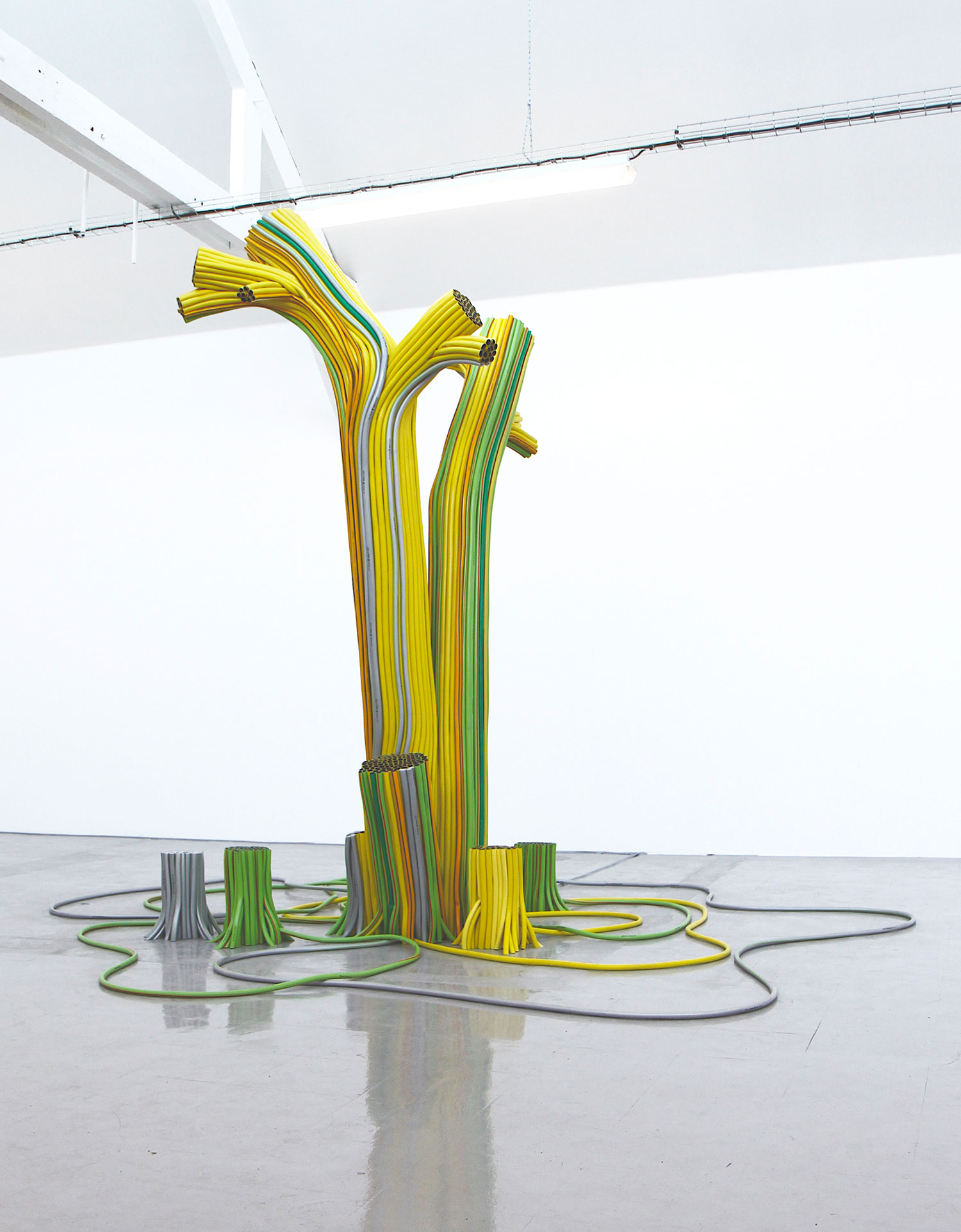 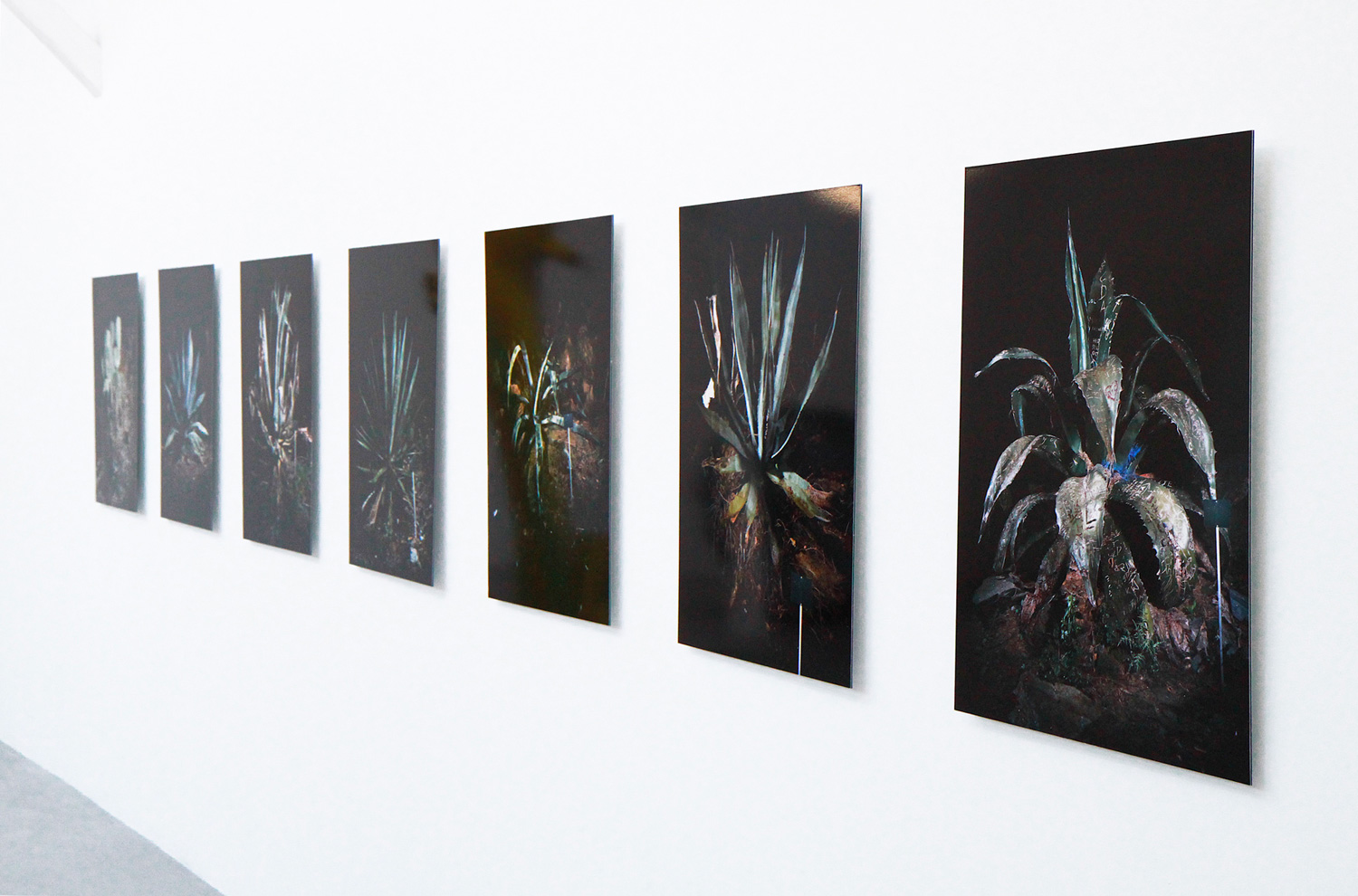