40mcube will exceptionally open on Sunday, September 26, 2 pm – 7 pm, on the occasion of the Artists Studios Open Day of the City of Rennes.

Guillaume Pellay uses painting with a great liberty. For his exhibition at 40mcube entitled Blé, he creates a series of new works that play with various registers of painting and define an environment where geese and butter sculptures, sheaves of wheat and Catherine Ringer, traditional painting and electric hand dryers intersect.

Guillaume Pellay manipulates painting with a total liberty. He often combines it with performances or sculptures, and links it to specific, everyday actions and contexts. He thus provokes a back-and-forth between public spaces and exhibition spaces.

This practice of painting is linked to other activities such as dance, publishing, reading or flowers and vegetable picking. From the crossing of these different aesthetic forms are born the narratives that the artist develops in his work. This taste for crossover is found in many other projects that Guillaume Pellay leads in duo or within artists collectives. Since 2018, he has been working with artist Blaise Parmentier on a project rooted in the practice of graffiti and tag, while with Mathieu Julien he created in 2013 the Éditions Peinture dedicated to the documentation and discussion of the forms and practices of current graffiti. Member of the collectives Moderne Jazz, Monstrare and ÒÒÒ (Die Drei), he is also co-programmer of the performance festival Setu.

His solo exhibition at 40mcube consists of paintings that invade the entire space, including the floor, and that can be considered in different ways: architectural elements, paintings, volumes, clothing accessories, or all of these at once. The works inhabit the exhibition space like characters, with their moods, their more or less complicated relationships…
Playing on the scales and registers of his paintings, the artist builds his exhibition entitled Blé as a pictorial environment where bodies, characters and animals intersect, declined in different situations and sometimes painted in series. Borrowing his subjects from several iconographic sources (a logo silk-screened on a fruit crate, a still life with the motif of a sculpture made from a lump of butter, a portrait of Catherine Ringer, an interpretation of a detail from a painting by Maxime Maufrat showing the threshing of wheat, a celestial landscape taken from a music video…), Guillaume Pellay leads his works to go beyond their status as images and creates an atmosphere where nature communicates with the world of agriculture and the pop universe of the band Les Rita Mitsouko. 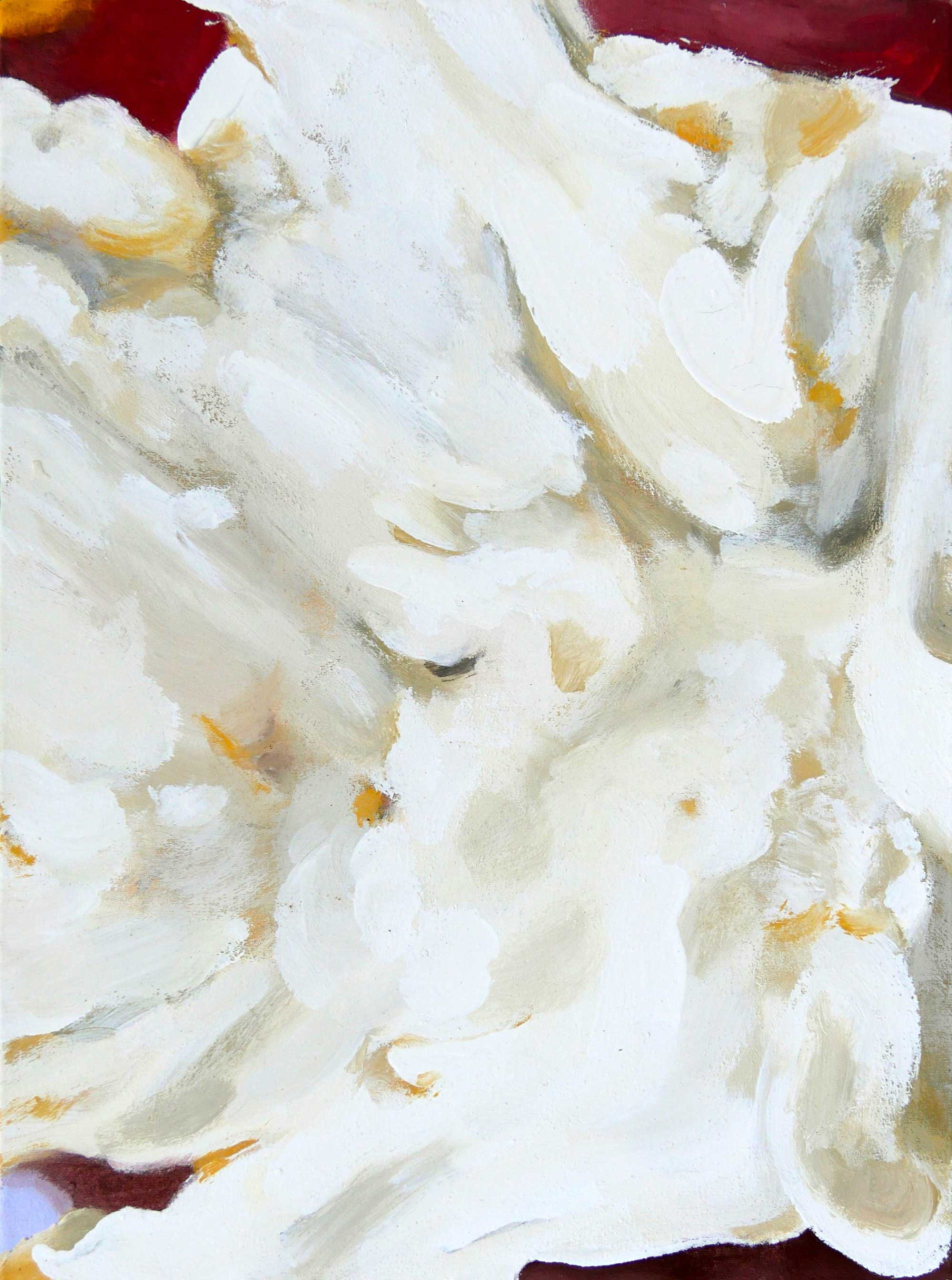