Monstre is presented within the framework of Biennale de Belleville.

Monsters are what we call the collected piles of objects thrown on the street waiting to be picked up. In the eyes of Julien Berthier, the act of randomly and unconciously assembling these objects into different forms and sizes creates a temporary public sculpture. For his project, Monstre, he salvages one of these collections in the state in which it is found and casts a bronze replica of it. This act of sampling and transforming raises the question of the history of constructivist sculpture and the idea of public sculpture as well as the rapport between the public and private which demonstrates the town and its customs. 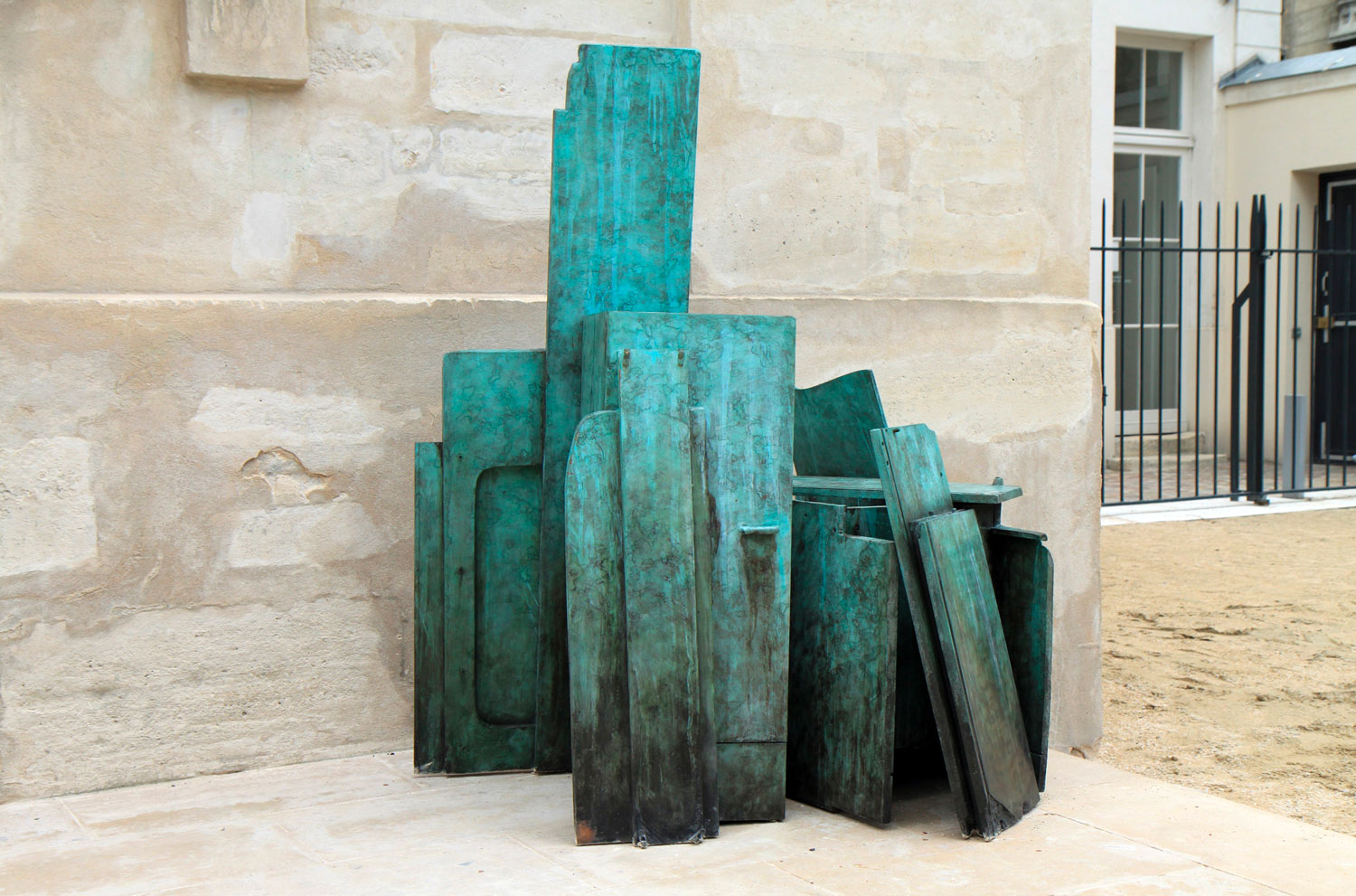