Work presented as part of the 2012 Belleville Biennale.
This work belongs to the collection of the National Centre for Plastic Arts – Ministry of Culture. Inv.FNAC : 09-281.

Sans titre is a simple sculpture but an ambiguous one : it is a length of prefabricated concrete wall. Associated with other identical modules, it can form a separation wall, offensive or defensive, between two territories. Presented on its own, it wavers between a construction element with broader functions, a readymade, a minimal sculpture, and a political symbol. This six-metre-high, eleven-ton work by Nicolas Milhé, produced in Rennes in 2005 and then acquired by the Centre National des Arts Plastiques [CNAP] in 2009 is being moved to Belleville.

This construction element, which can be swiftly put in place, needs no foundation and is incidentally used for making silos and motorway cladding panels. Set in the public place, as it already has been in Rennes, it is a chamaeleon-like sculpture which blends with its landscape, becoming an extra urban fixture on which people can sit, or skateboard… At once minimal and massive, it causes nothing less than a physical shock, an effect that is heightened once it is identified as a wall module,whose image the media have conveyed . It then takes on a powerful symbolic dimension, testimony of unresolved situations on the planet and at the same time a vehicle of hope because this wall module on its own obliges neither movements nor freedom. This is where we find the shift from prefabricated, functional object to sculpture. Untitled, whose name includes the (relative) neutrality of its author, functions like an indicator of scale, a clue, a three-dimensional wall image, a reminder of what living day in day out at the foot of such a building may represent. Nicolas Milhé does not target any precise wall, but rather pinpoints complex situations to be found in the world. He does not position himself on any side of the wall, he does not situate either the oppressive side or the offensive side, knowing that, on the whole, for each side of the wall, the offensive is opposite, but that each side is reversible… Presented on Boulevard de la Villette, where Belleville’s Chinese, Arab, Jewish and Pakistani communities all meet, this sculpture assumes a local contextual dimension which is nothing other than the reflection of a more global, but also more positive, reality, namely that these communities rub shoulders here in a rather harmonious way. By enabling us to walk around this fearsome architectural element, Nicolas Milhé manages, in a way, to disarm it. But by showing this work—which, through its material, refers to its immediate environment—in the city, the artist also creates a fiction where his sculpture might be the vestige of a bygone past, the anticipation of a remote future… 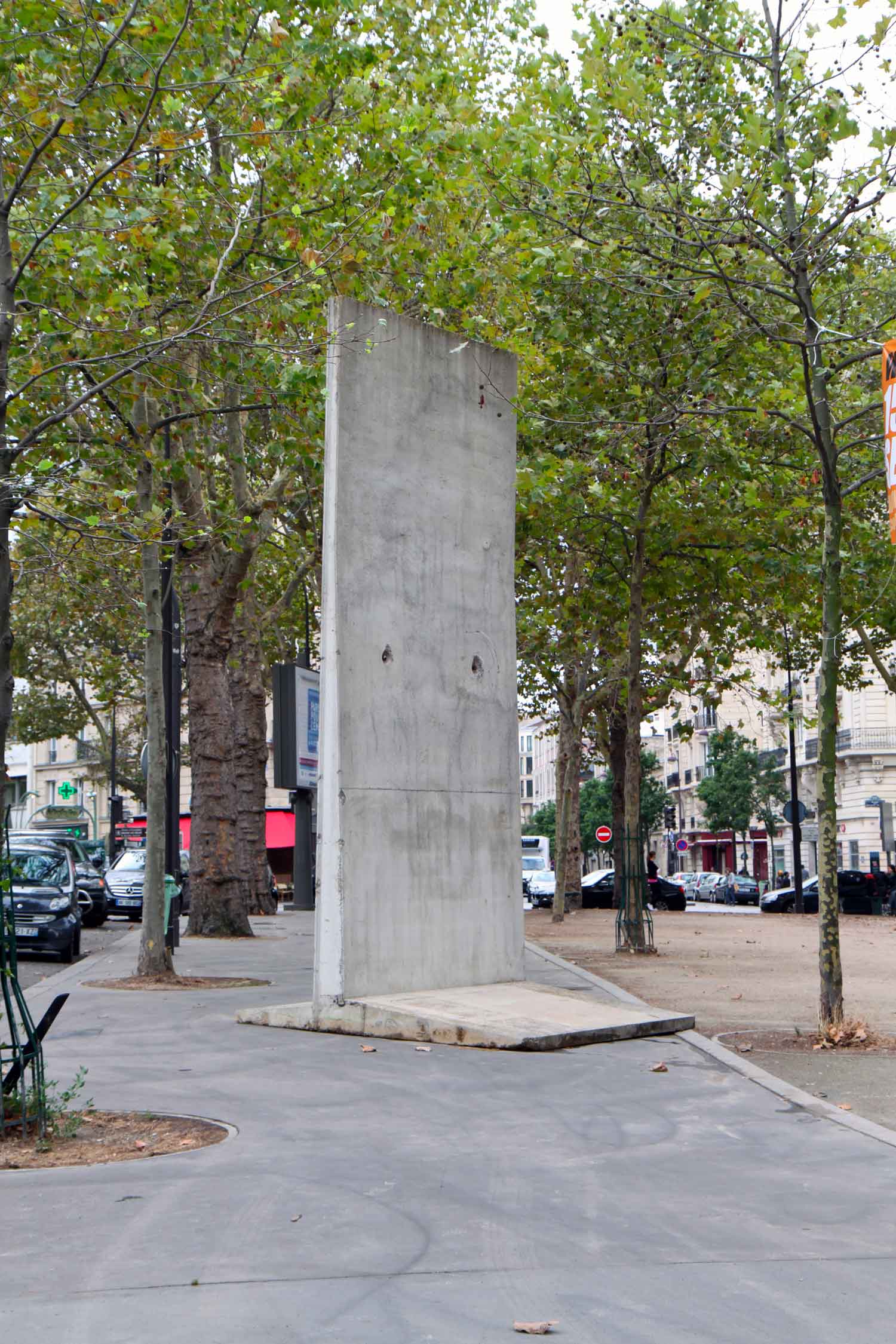 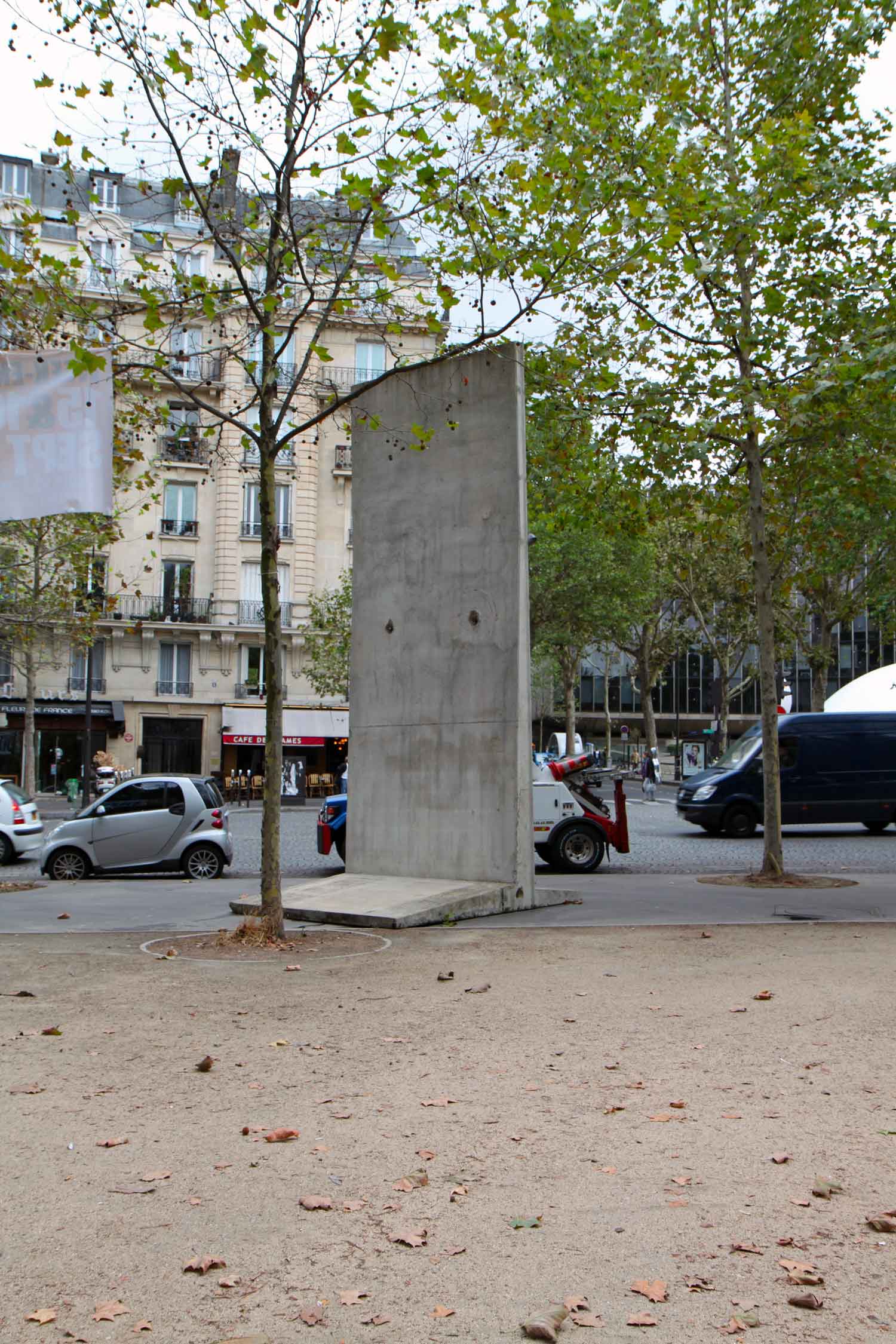 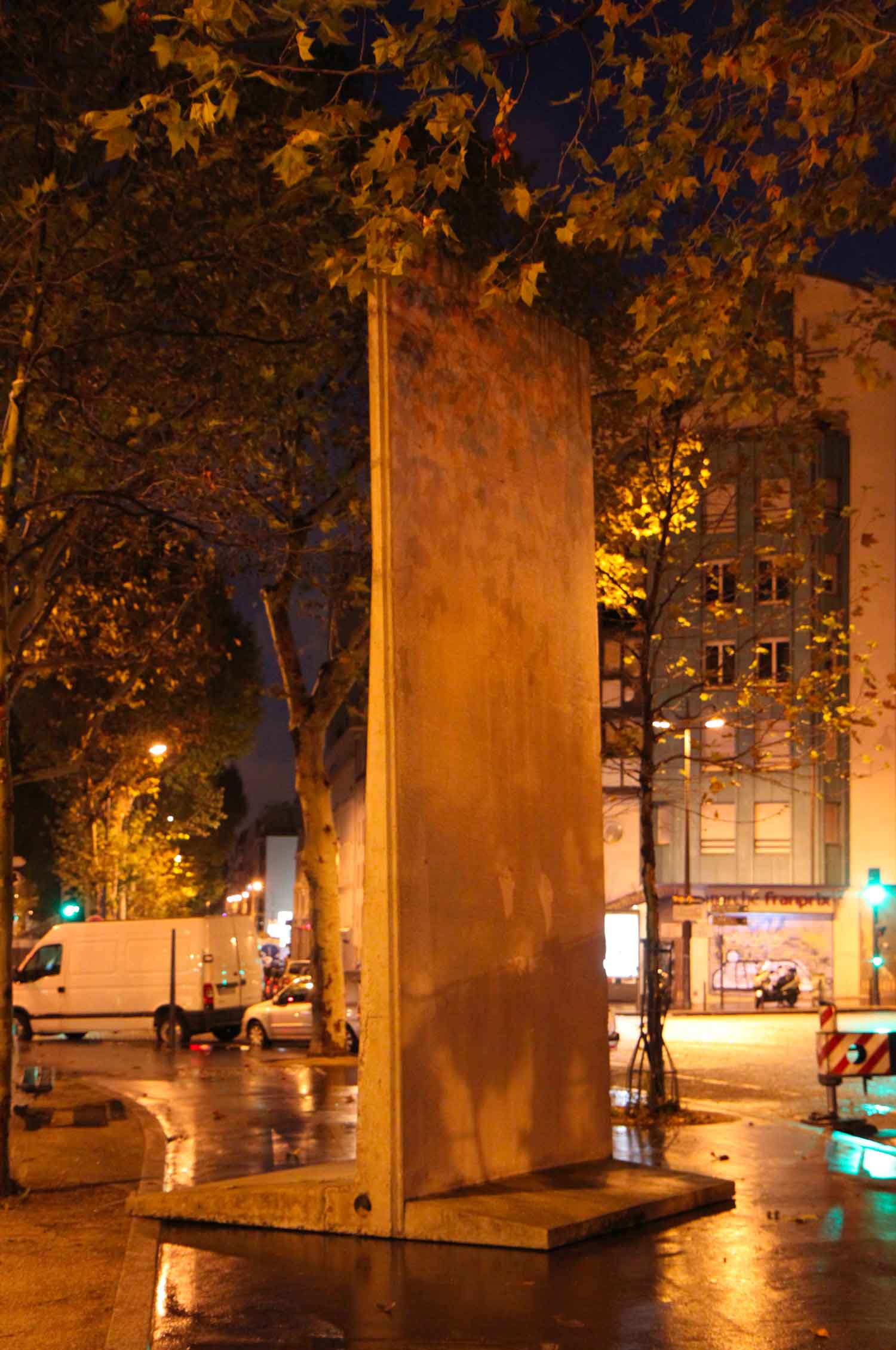