Her work is rooted in drawing which has allowed her to work with and study shapes. Drawing has helped her to gain a freedom that she transposes into her sculptures, liberated from any idea of functionality and feasibility. This freedom lets her play with balance and fragility, with the autonomy of fragments that also form part of a larger ensemble.

Inspired by nature, Marion Verboom looks at sediments, at the patterns created by time in caves and in the under-ground. From manmade objects, architecture and sculpture, she absorbs certain representations of nature and of the human body. She uses a great diversity of materials like mortar, ceramic, wax, plaster, etc, in order to play with textures and masses and reach the desired effect. The way she sculpts resembles grafting, conceptual and figurative elements transplanted on those more abstract, geometrical and elementary, borrowed from minimal sculpture.

The artist explores two opposing conceptions of architecture: John Ruskin attached to its ornamental aspect, and, Adolf Loos and his functionalist conception, escaping in the same sculpture this debate by making it neither functional nor decorative. The shapes, simplified as much as possible, seem to be essential.

For her exhibition at 40mcube during Les Ateliers de Rennes – biennale d’art contemporain , Marion Verboom shows previous and new artworks put together under the title AGGER . Aggers were Roman fortifications built with earth. This reference to architecture and Antiquity is illustrated by pieces that evoke emergence, magma, matter, tools, anthropomorphism. The sculptures are constituted of modules that interact with the impact of the light on their uneven surfaces. The artist offers an installation that plays with the organic fluctuation of a surface and the rigour of a geometrical composition.

For Les Prairies , title used by Les Ateliers de Rennes to explore the theme of the pioneer, the exhibition is a composition, a cosmogony of nature, the human body, the tool and construction, a “model with the hands of a territory or a landscape.” 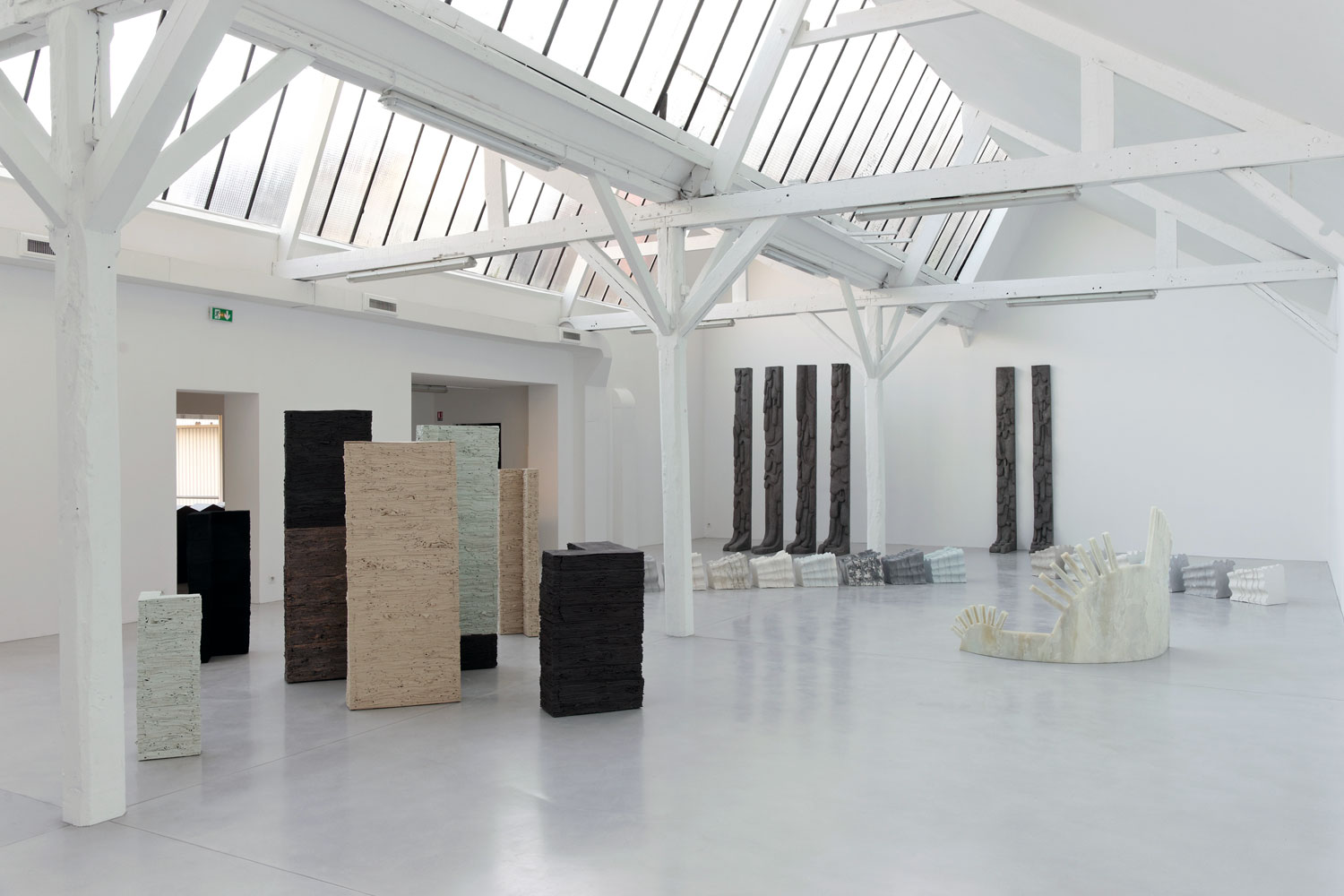 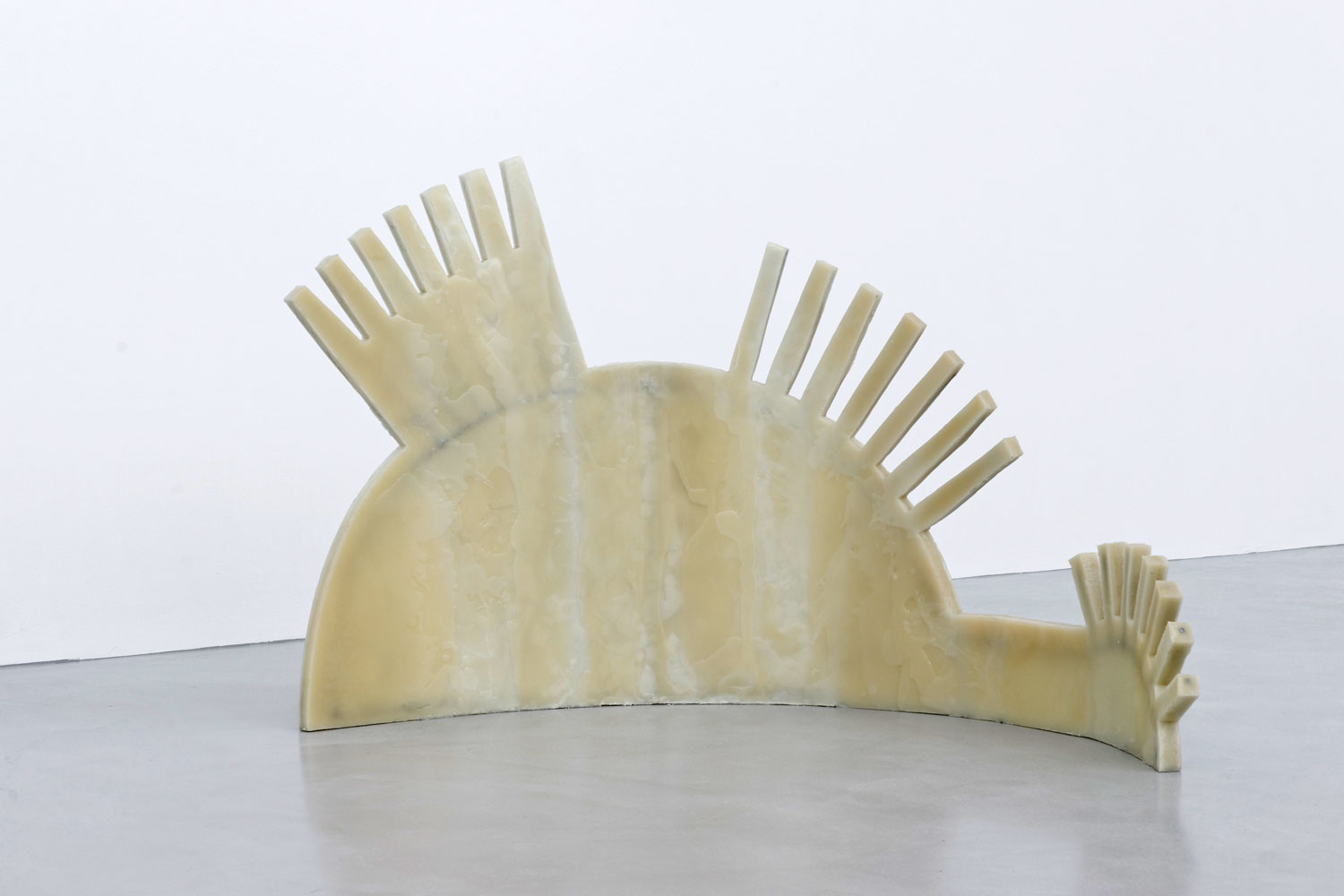 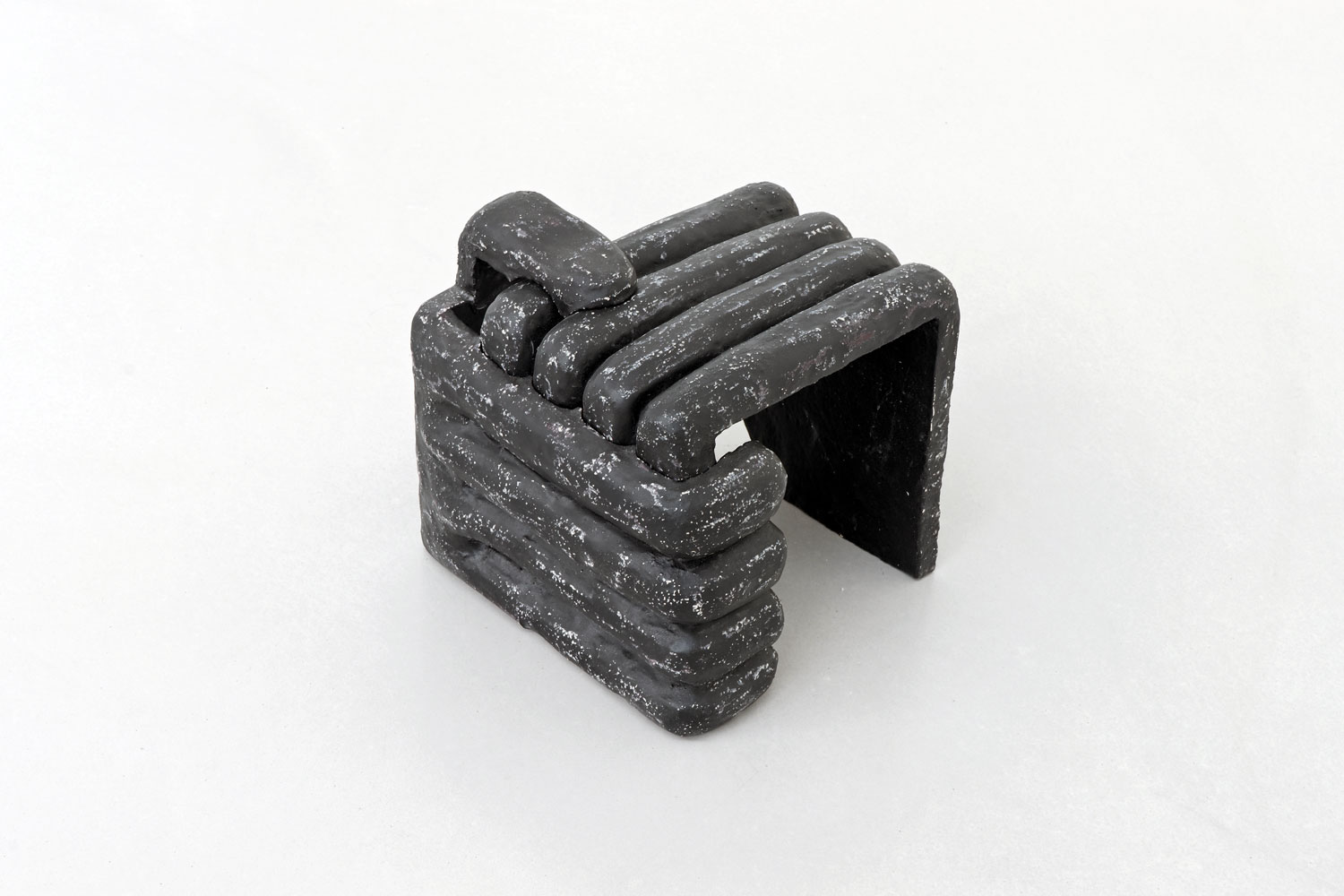 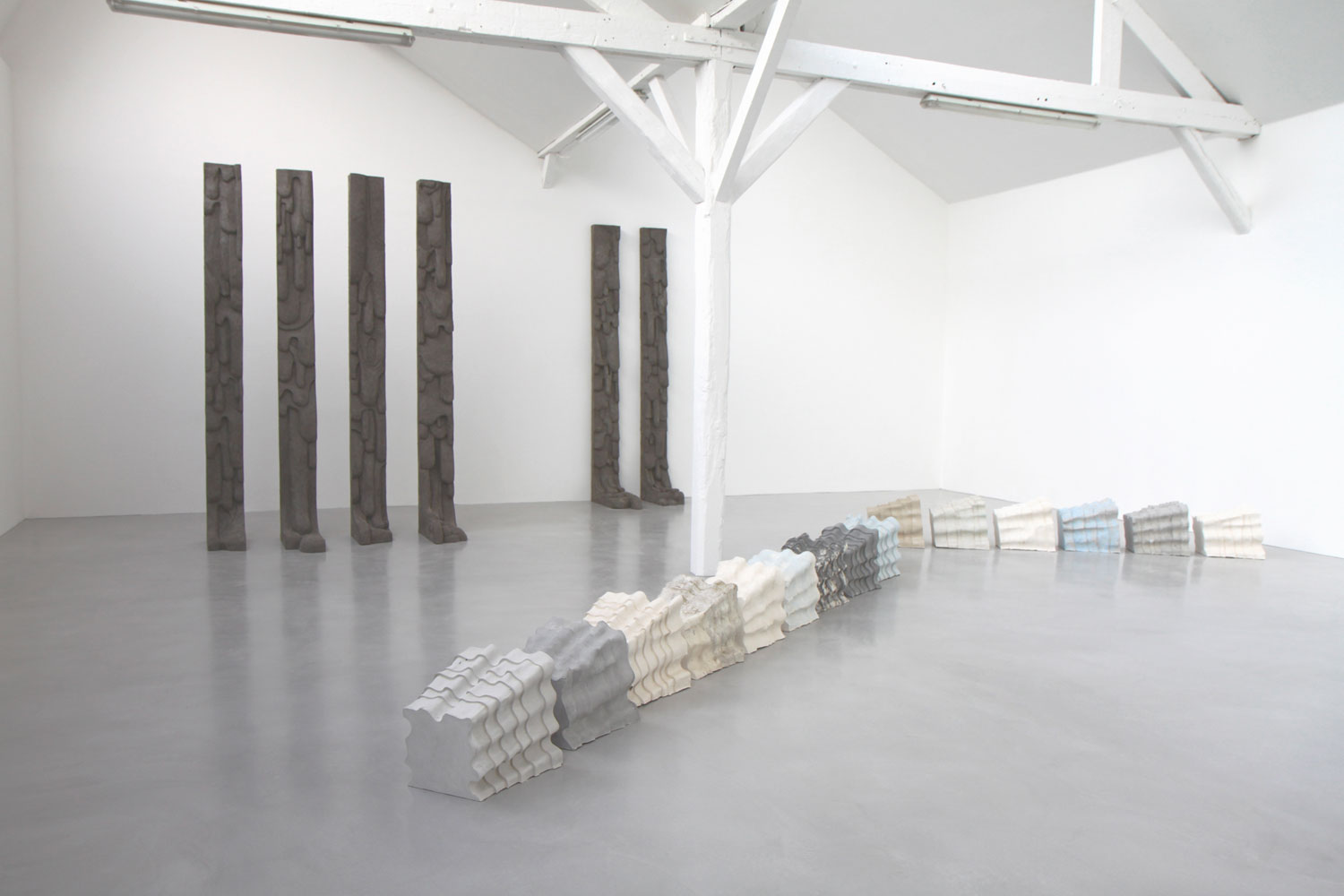 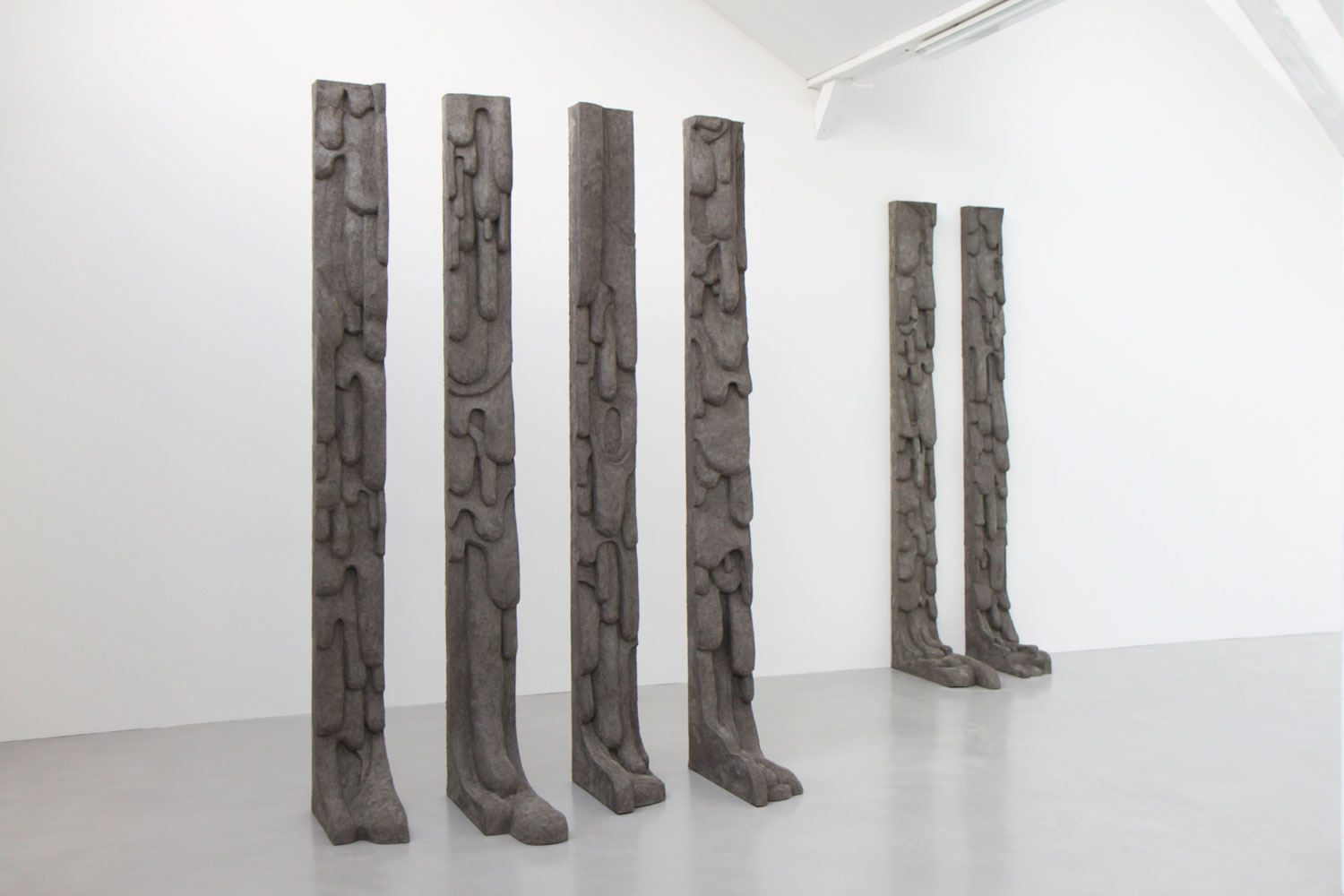 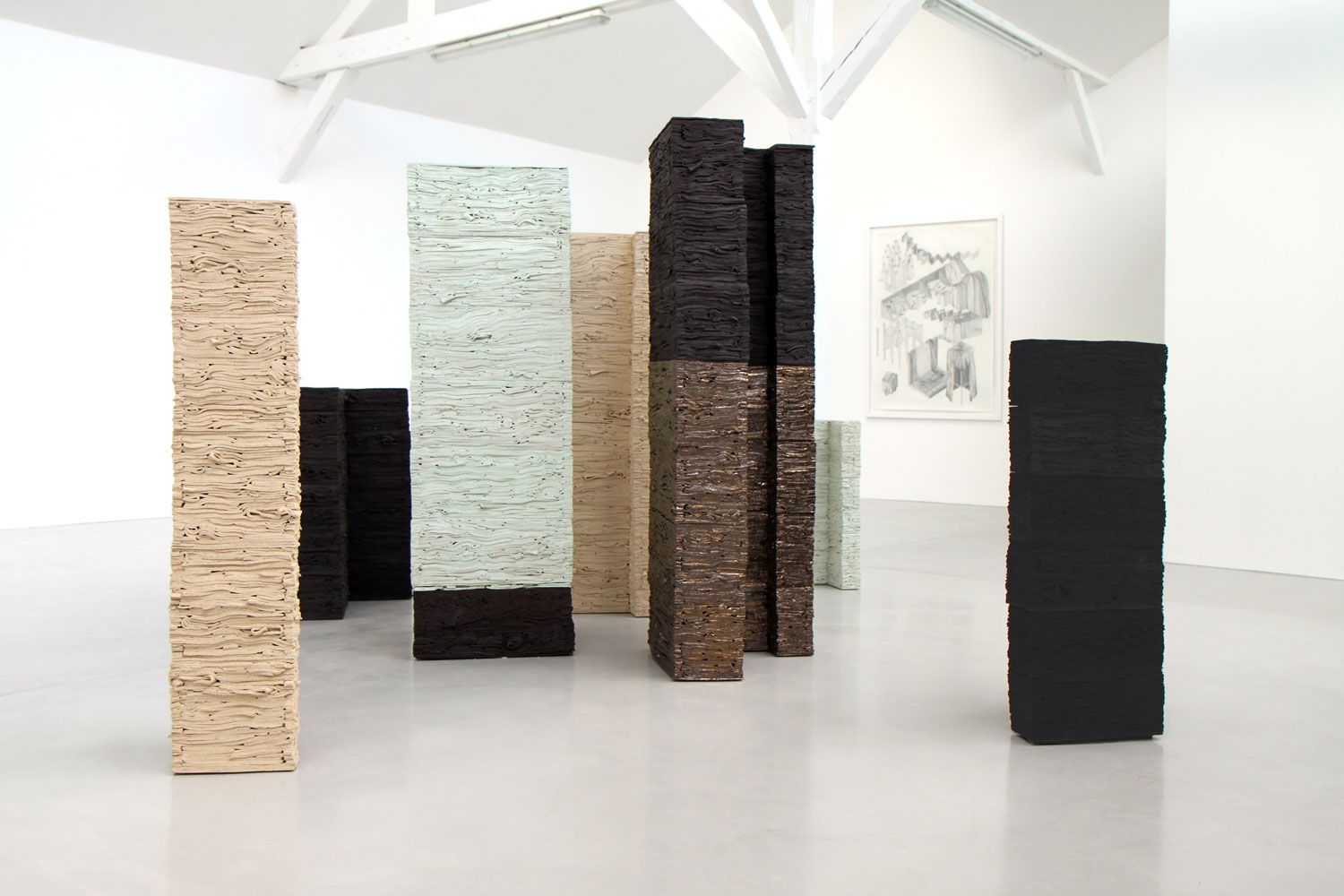 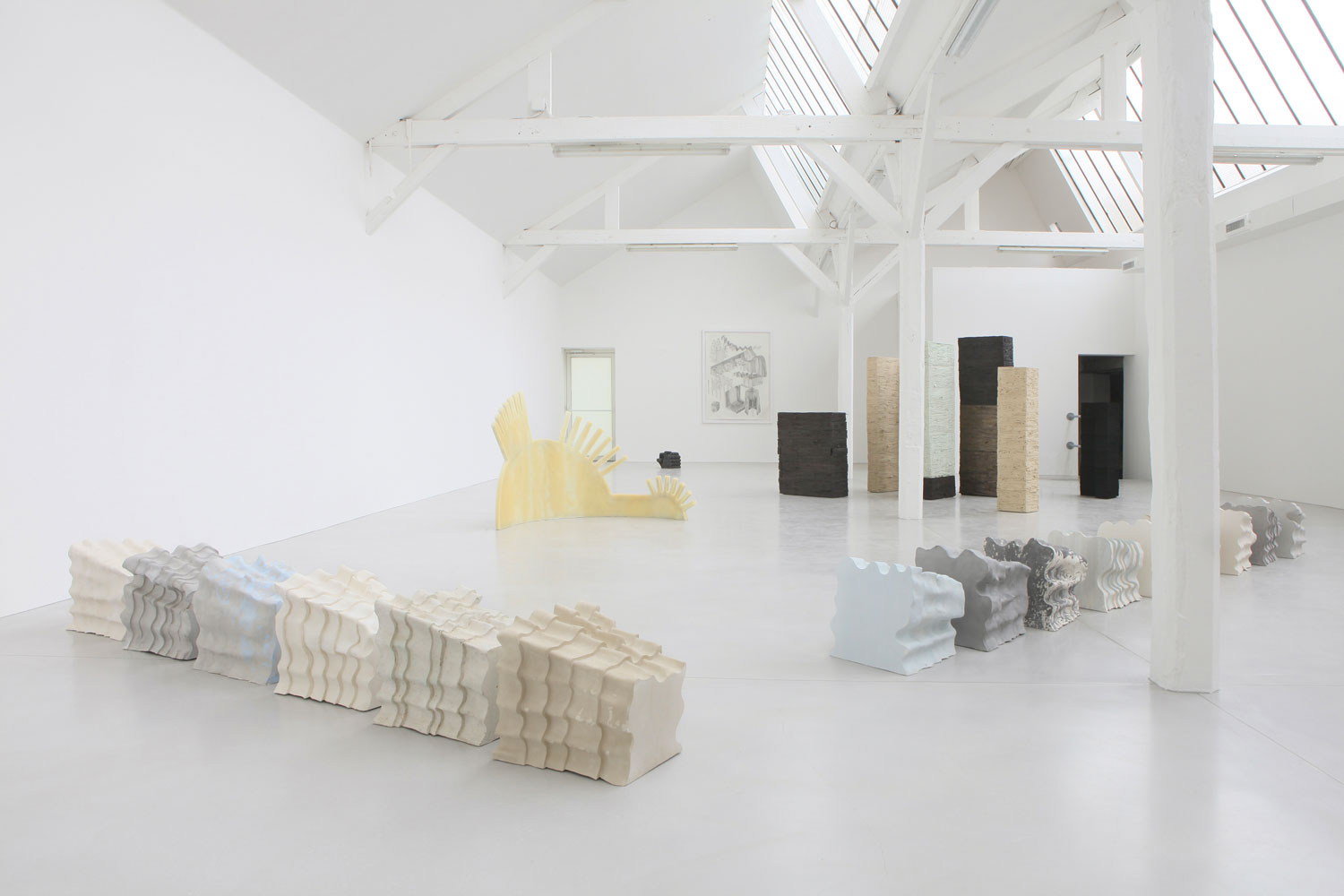